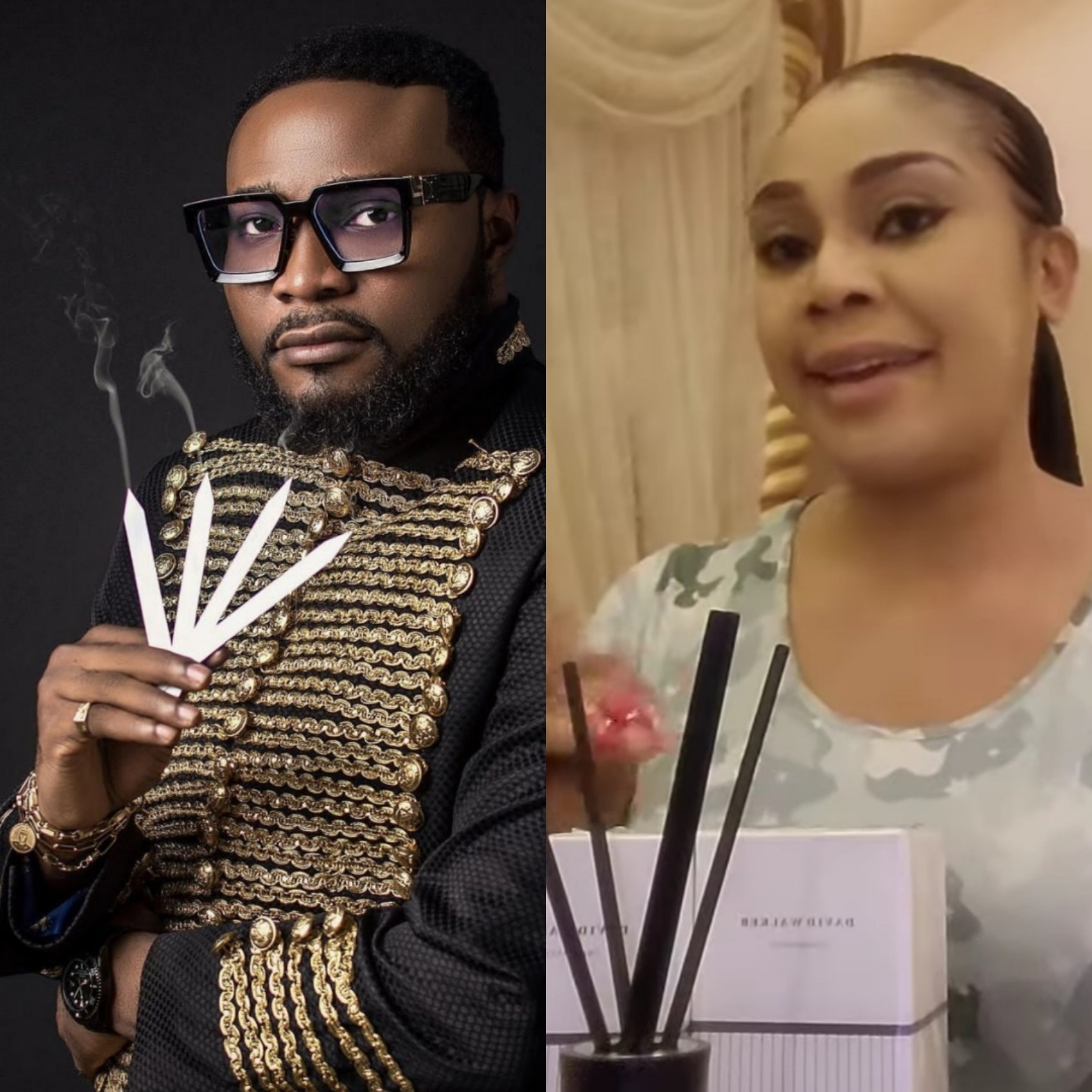 Two fragrance dealers are currently in a tussle for supremacy and it’s playing out on Instagram.

It began after Ehi Ogbebor began advertising scents and diffusers, in addition to her interior decoration job.

She also shared screenshots of her messages with some successful businessman ordering her new scents.

One of the screenshots shows her chat with Obi Iyiegbu, aka Obi Cubana.

In the chats, Obi Cubana asked for 10 bottles of her scents.

As this was going on, Sapphire Scents CEO, Wale Jana, began aggressively advertising his scents while revealing that he has been supplying scents to Obi Cubana’s club, Hustle and Bustle.

Ehi later shared screenshots, claiming a particular “Ugly Uncle” is trying to use her to chase clout.

She told him that she has been selling diffusers before he had his business registered.

She also shared screenshots of a chat where a friend disclosed that the unnamed male competitor accused Ehi of stealing his diffuser business idea.

So far, Ehi has been throwing shade without calling names and Wale Jana has been seriously marking his territory as Obi Cubana’s main scents vendor.

“I am perfume and scents royalty as far as Africa is concerned,” Wale made clear in one of his Instagram posts.