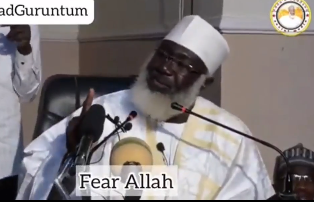 A Muslim cleric, Ahmad Guruntum, has asked men who go on social media to like and share videos of ladies who dance or share inappropriate items to Fear Allah and stop such acts.

While speaking to his followers, Sheik said God frowns at people who promote the publication of inappropriate content on social media via liking or sharing such content. He opined that God hates such acts and as a punishment, God can make the daughters of such men also start publishing indecent content on social media.

Allah  takes whoever has a hand in proliferating something bad as a sin, just as who did the sin.

Your daughter or sister isn’t dancing on social media but you are out there following other people’s daughter and sisters that dance online.

Is it fair? You are not being fair to these girls that you are following’s father and mother. And liking those types of pages is amongst the proliferation of evil in the society.

The moment you like an inappropriate content on social media, you are directly promoting it and speading it.