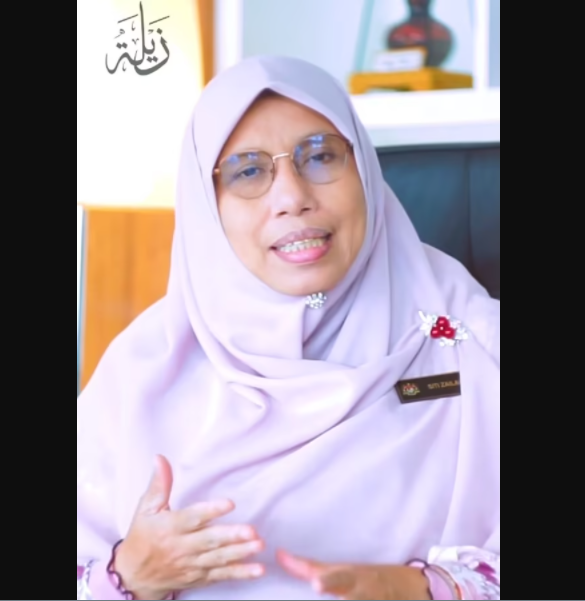 A Malaysian female minister has sparked outrage after she advised husbands to beat their ‘stubborn’ wives ‘gently’ to discipline them for ‘unruly’ behaviour.

Siti Zailah Mohd Yusoff, the deputy minister for women, family, and community development, was accused of ‘normalising’ domestic violence by urging men to strike their wives to show how strict he is and ‘how much he wants her to change’.

Speaking in a two-minute video on Instagram called ‘Mother’s Tips’, the deputy minister first advised husbands to ‘discipline’ their ‘stubborn’ wives by speaking to them. But if they refused to change their behaviour, then they should sleep apart from them for three days.

‘However, if the wife still refuses to take the advice, or change her behaviour after the sleeping separation, then the husbands can try the physical touch approach, by striking her gently, to show his strictness and how much he wants her to change,’ Siti Zailah said in the video.

The deputy minister, who is an MP for the Pan-Malaysian Islamic Party, also urged women to only speak to their husbands if they have permission in order to win over their partners.

‘Speak to your husbands when they are calm, finished eating, have prayed and are relaxed,’ Siti Zailah said. ‘When we want to speak, ask for permission first.’

A coailition of women’s rights groups, the Joint Action Group for Gender Equality, accused Siti Zailah of ‘normalising’ domestic violence and demanded she resigns from her position as deputy women’s minister.

‘The deputy minister must step down for normalising domestic violence, which is a crime in Malaysia, as well as for perpetuating ideas and behaviours that are opposed to gender equality,’ a joint statement read.

The organisation said between 2020 and 2021, there were 9,015 police reports on domestic violence and those figures will in reality be higher as they do not include the women who have reported the abuse to charities.

‘There is often a stigma and fear attached to reporting domestic violence and this is made worse by statements such as those of Siti Zailah,’ the women’s rights groups said.

They added: ‘As a minister who is meant to uphold gender equality and the rights of women to protection and safety, this is abhorrent, denies women the right to equality, their right to dignity and to be free from degrading treatment.

‘It is grossly mistaken and a demonstration of failed leadership.’