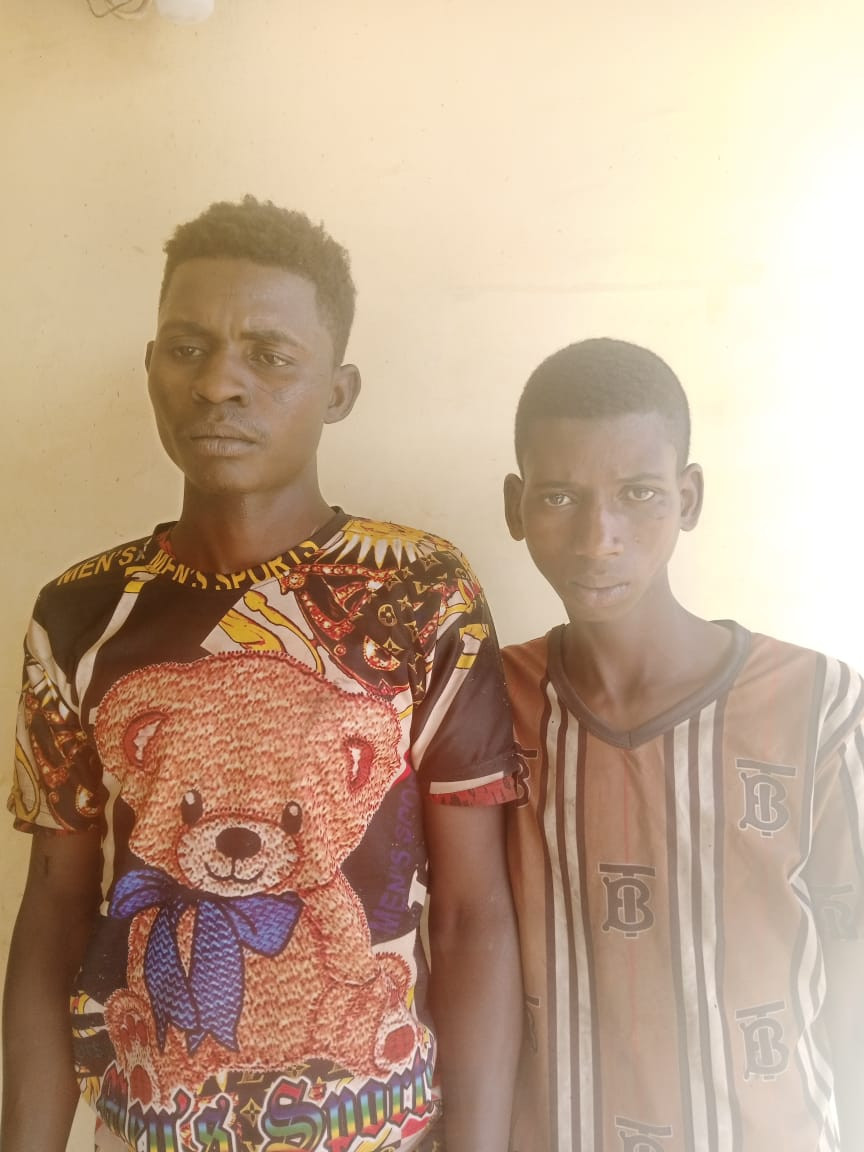 The police in Kaduna state have arrested two notorious kidnappers accused of carrying out numerous kidnappings in the state.

A statement released by DSP Mohammed Jalige, spokesperson of the state police command, says on February 15, the Command’s Operatives attached to Toll Gate Division alongside civilian JTF acted on credible intelligence succeeded in apprehending two notorious kidnappers who are on the wanted list of many security agencies.

According to Jalige, the criminal elements were apprehended around Sabon Gaya village in Chikun LGA of Kaduna state.  He said the suspects were identified by one of their victims who had his hand amputated by the said criminals while in their captivity on the 8th February 2022.

The spokesperson pointed that preliminary investigation so far reveals the identity of the bandits as Dini Samaila a.k.a yellow 15yrs and Musa Bature.

”The suspects has since confessed to have carried out several kidnapping activities around Sabon Gaya and Kaduna –Abuja road. Meanwhile, effort is currently geared towards recovering their operating logistics as well as a possible arrest of their accomplices to face the full wrath of the law.” Jalige said