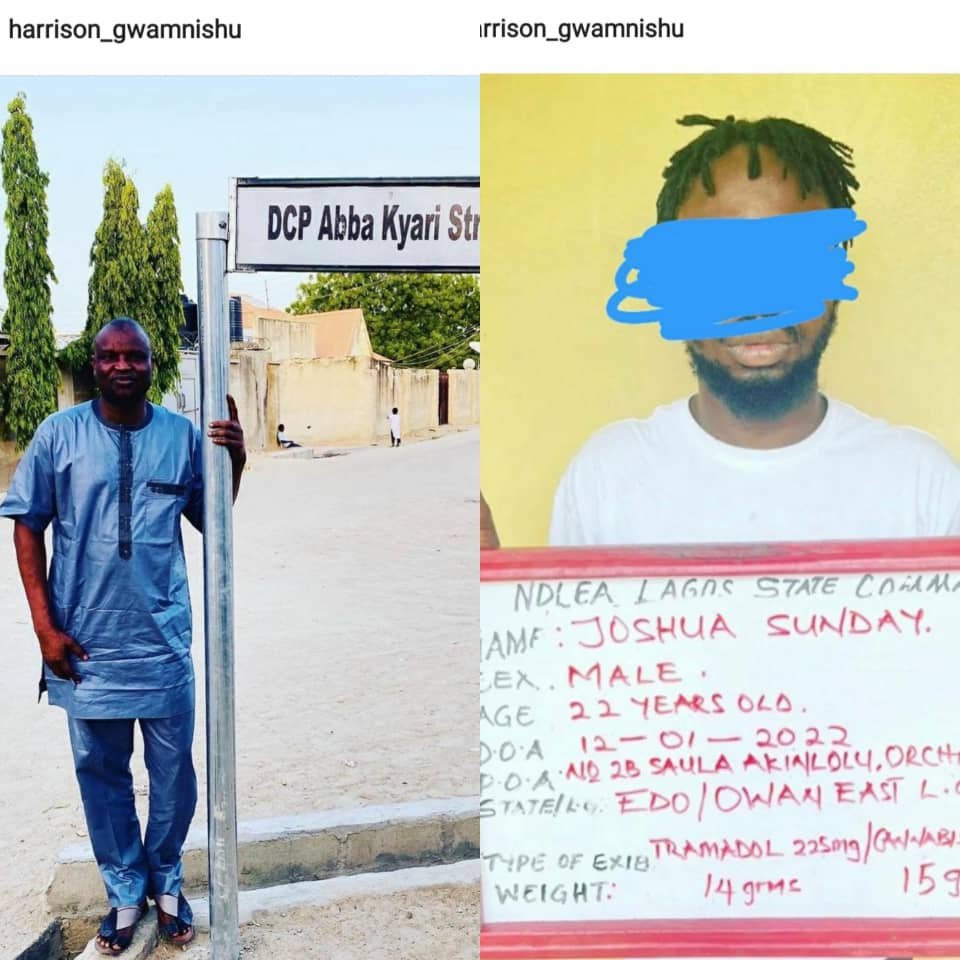 Kyari was detained by the agency for his involvement with some drug traffickers. He was declared wanted on Tuesday February 15, arrested by the police and handed over to the NDLEA.

In a post shared on his Instagram page this afternoon, Gwamnishu argued that when comedian, De General, was arrested by NDLEA officers in January, his mugshot was published almost immediately on the internet. He added that Kyari’s mugshot should also have been released by now. He wrote;

”A comedian whose house was raided and allegedly caught with some drug has his Mugshot almost immediately and which @ndlea_nigeria shared all over the media space.

DCP AZA man, Obioma, police pharmacist @Abbakyari75 is not greater than the institutions. His mugshots should already be flying on the internet by now.

HOPE THIS NDLEA CASE IS NOT Delaying EXTRADITION.

@ndlea_nigeria , we will protest heavily if nothing is done this week.