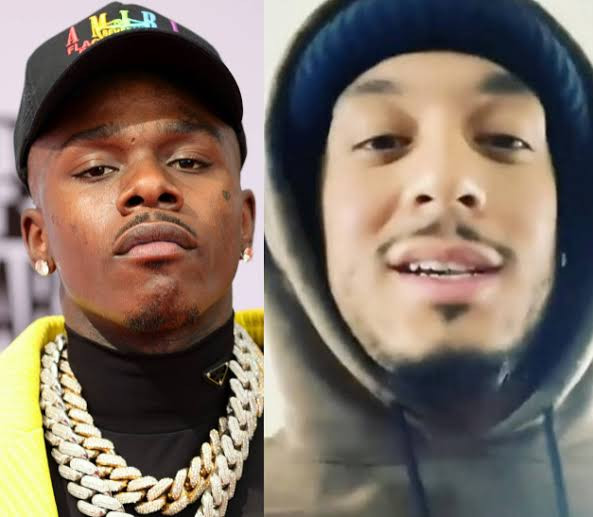 DaBaby has been hit with a lawsuit after he allegedly attacked Brandon Bills, the brother of his child’s mother DaniLeigh, in a bowling alley brawl last week.

Bills, whose legal name is Brandon Curiel, claims in the lawsuit that DaBaby “aggressively approached” him at Corbin Bowl in Los Angeles on Feb. 10 and threatened to rough him up.

Brandon, 29, says the rapper then “physically assaulted” him, causing “severe injury and pain.”

Brandon claims he didn’t fight back and even “attempted to avoid contact” as the attack unfolded. He alleges the incident happened “suddenly and without warning” and left him “physically and psychologically damaged” with injuries that “are permanent in nature.”

He further claims he “incurred medical bills, sustained disability and had to retain an attorney” to pursue his legal action.

The suit accuses 30-year-old DaBaby, whose real name is Jonathan Kirk, of assault, battery, intentional infliction of emotional distress, and negligence. It seeks damages and legal costs in an amount to be determined at trial.

An assault with a deadly weapon report was taken at the scene of the fight, but no arrests were made, police told Rolling Stone.

Last November, she was feeding their daughter at his residence when he started recording a video and called police to physically remove her from the house.

After the attack on her brother, the singer, songwriter, dancer and choreographer took to Instagram to call DaBaby “lame as hell” for going after her brother.

“Running up on my brother on some slippery ass floors with 5/6 of ya boys while he’s by himself and not even touching him! Lame and so sad! I pray this stops now! Bc this is my family! And I got a daughter to raise. Sad,” she wrote.