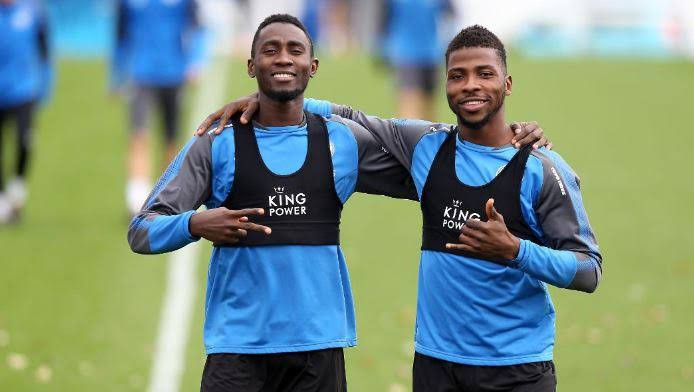 Kelechi Iheanacho and I are not just teammates, we are very close

Nigeria international and Leicester City midfielder, Wilfred Ndidi has revealed his delight at playing alongside Kelechi Iheanacho for both club and country.

The duo is expected to feature for the Foxes on Thursday night when they host Randers in the Europa Conference League at the King Power Stadium.

“The relationship between me and [Iheanacho] is very great. It’s amazing because people thought we were just teammates, playing for Leicester and playing for the national team,” Ndidi said as quoted by the club’s official website.

“But I have known Kelechi since we were in the academy, very young, so it’s not just new. We’ve been very close since we were in [Nigeria] Under-17s together. It’s been amazing having him around. I’m enjoying every moment.”

Ahead of the match Ndidi says underrating their opponents is the worst mistake they can make.

“When the game starts, it doesn’t matter how long you have played,” Iheanacho continued.

“In football, it’s just about their ability and their love for the game to go for it. It’s not how far you’ve actually trained. People are just physically and mentally ready.

“It might be a great opportunity for us as a team and we look forward to these games and just look to take it as it comes. I expect it to be a really tough game because every team playing is worthy of winning the competition.

“Seeing videos about the team, they are a really good side and I think we are ready for it. They are very compact, they work together as a team. For us, we have ways to see how we can approach the game.”

“The club is bigger than every player and, as players, we know what we want for the club,” the versatile player added.

“It’s just that concentration of where we are now to look forward to those achievements. You want to have them as a team and as a player also. I think it’s just a wake-up call for us to concentrate more on our game.

“For me [in Europe], it’s the exposure, it’s the atmosphere and also the feeling. I’ve been playing in Europe and it’s really good because, for every player, you want to play in Europe. It’s a great plus for your career and I think it’s very good for us as players.”

Boy, 8, dies on waterslide after going down tunnel he didn’t know was ‘dismantled’