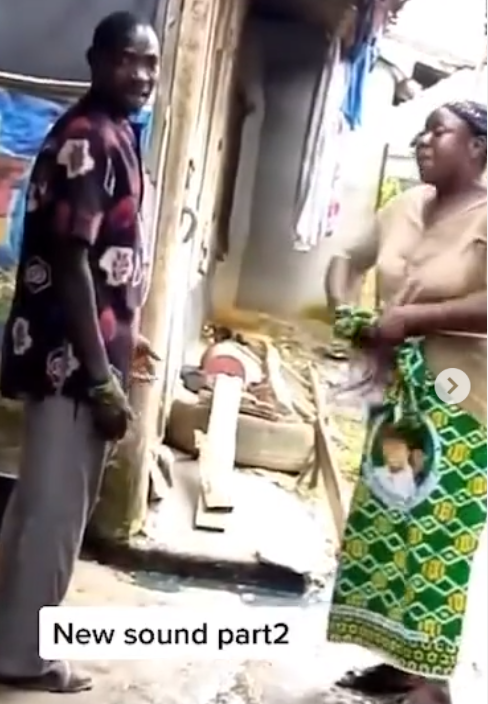 A lady has been spotted in a viral video tackling a man for failing to buy her the phone he promised her before they had sex.

The lady who tackled the man openly before kids, said he came back again to have sex with her without fulfilling his promise.

Reiterating that she has no shame, she added that she won’t be going anywhere with him again.