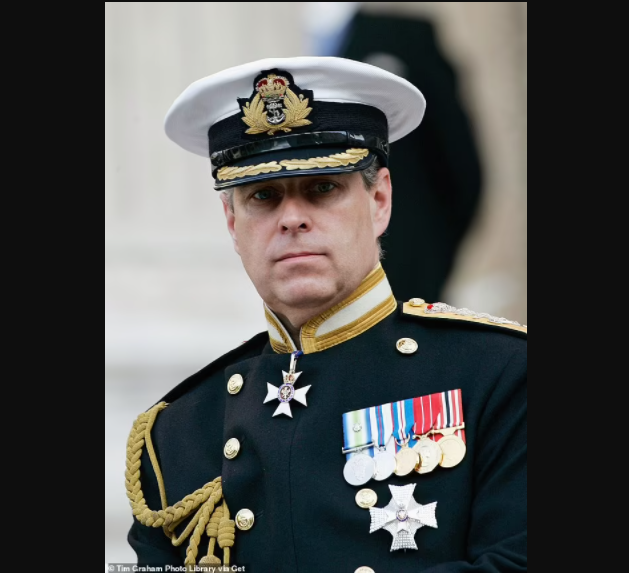 Prince Andrew will be allowed to keep his remaining titles despite calls for him to be stripped of them following his sex abuse settlement.

This is coming after a multi-million-pound payout was made to his accuser Virginia Roberts with the Prince facing calls to hand back or to lose the dukedom of York, his Naval service rank of Vice-Admiral and a royal role as counsellor of state.

According to Mail Online, the royal will be allowed to keep his remaining titles after he was forced to return his military titles and royal patronages to the Queen, and left to battle Miss Roberts’ allegations as a ‘private citizen’.

Yesterday it emerged that, despite calls from York Labour MP Rachael Maskell for the prince to end his association with the city, he would be allowed to keep the remaining honours.

Sources at Buckingham Palace and the Ministry of Defence said they did not have plans to review the titles.

Andrew is expected to remain one of four counsellors of state who could step in temporarily to take the Queen’s place on official duties if she falls unwell or is abroad.  The other three are Charles, William, and Harry,  meaning two of the four current counsellors of state are no longer working Royals.

Asked about Andrew’s remaining military title, Defence Secretary Ben Wallace yesterday said it was a matter for the Palace.

Speaker of House of Representatives, Femi Gbajabiamila insists that probe of Nigerian Correctional Service under Aregbesola has nothing to do with Tinubu