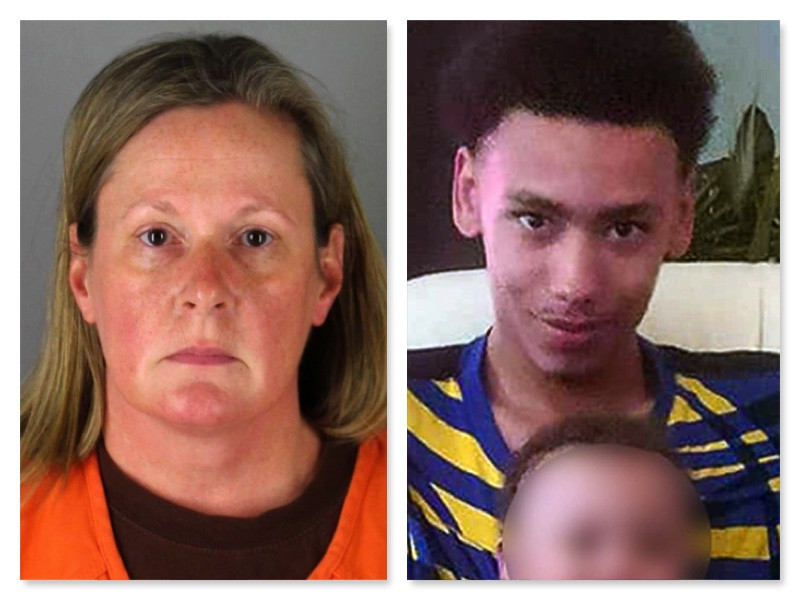 Potter was convicted in December of first-degree and second-degree manslaughter for fatally shooting Wright, 20, when she mistook her firearm for a Taser during a traffic stop on April 11, 2021.

Her sentencing hearing is scheduled for Friday February 18.

Potter pulled over Wright for an expired tag and an illegal air freshener. Potter then found that Wright had an outstanding warrant, and when she and a trainee officer attempted to arrest him, Wright pulled away and tried to drive off.

Potter yelled “Taser” repeatedly before she shot Wright with her handgun, video of the incident shows. She then said, “Holy sh*t! I just shot him!” And then: “I grabbed the wrong f**king gun, and I shot him.” She resigned from the department days later.

“Daunte Wright, and his life must be held in the highest regard as well. The presumptive sentence reflects that seriousness of the loss of his life,” Ellison wrote.

“In addition, the presumptive sentence reflects the culpability of the Defendant’s recklessness in causing Daunte Wright’s death,” he continued.

The maximum penalty for first-degree manslaughter predicated on reckless use/ handling of a firearm is 15 years in prison and/or a $30,000 fine.

However, Minnesota sentencing guidelines give a judge discretion to sentence convicted offenders with no criminal history to roughly between six and eight and a half years in prison, with a presumptive sentence of 86 months.

According to Minnesota law, Potter will be required to serve two-thirds of her sentence in prison. With good behavior, she will be eligible for supervised release for the remaining third.

Man dies after sex romp with lady in Rivers hotel