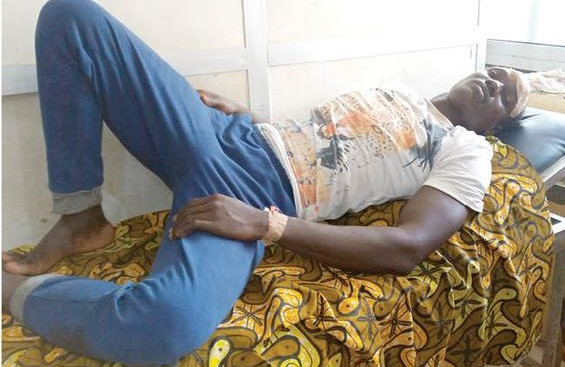 A member of the All Progressives Congress (APC), Iliyasu Sani, has been stabbed to death by suspected political thugs at Sheda community in Kwali Area Council of the FCT.

It was also gathered that the house of a chieftain of the Peoples Democratic Party (PDP), Alhaji Mohammed Ibrahim Sheda, was burnt down by thugs.

A resident of Sheda, simply identified as Yakubu, said the incident happened around 8pm on Tuesday, February 15, when supporters of the two major political parties in the area engaged in a fight.

An APC youth leader in Sheda, Aminu Saleh, who sustained a head injury during a clash between supporters of the APC and the PDP in the community is receiving treatment at the University of Abuja Teaching Hospital (UATH), Gwagwalada.

According to Yakubu, supporters of the APC in the community were celebrating the victory of the Chairman of the council, Danladi Chiya, who won re-election during the Saturday council elections when suspected thugs attacked and stabbed Iliyasu with a knife.

Aminu, while narrating the incident to Daily Trust on his hospital bed, said it happened when members of the APC were returning home after celebrating their candidate’s victory at the polls.

He said Iliyasu Sani was stabbed in the stomach.

“I was saying do you guys want to kill him, but before I could finish saying that one of them brought a plank and hit me on my forehead and I fell down.”

Angered by the death of the APC member, suspected thugs allegedly set ablaze the house of a PDP chieftain in the community in revenge.

The PDP chieftain, Alhaji Mohammed Ibrahim, while speaking with DT through telephone, said he had gone to report the incident at the Gwagwalada police area command.

“As I speak to you, I have gone to the police area command in Gwagwalada to write a statement about the incident.”

The Chairman of Kwali, Danladi Chiya, has condemned the killing of the APC member and burning of the PDP chieftain’s house.

In a statement by the spokesman of the council, Habila Emmanuel, the chairman directed detractors and criminal elements whose objective was to cause violence and apprehension in the council to desist and steer clear forthwith.