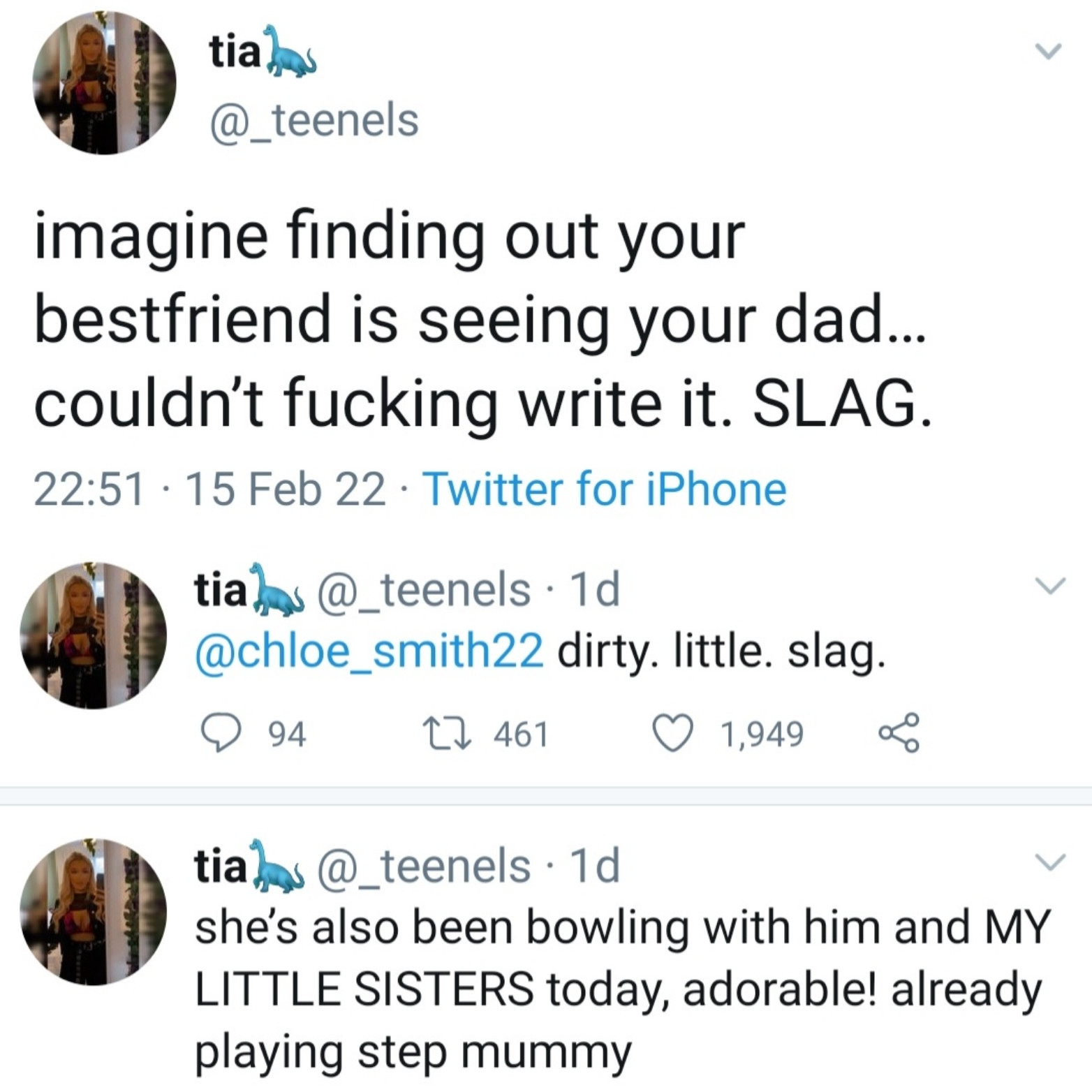 A certain young lady is trending on Twitter and on Facebook after she took to both platforms to call out her dad and her bestfriend who are dating.

Tia Carter revealed that her 40-year-old dad, Phil Carter, who is still married to her mother, is dating her best friend Chloe Smith, 21.

She added that Chloe has been staying over at her house and taking her younger sisters bowling with her father and she didn’t know anything was going on.

She said she only found out after her father informed her during a Facetime call.

Tia was so disappointed because Chloe was her best friend and she even invited her over to their house last Christmas when their mum travelled,  not knowing what was going on.

She then tagged Chloe Smith to the tweet and called her a “slag”.

Chloe responded to Tia’s tweet, shading her for bringing a private matter to the public.

Tia later added that her dad and Chloe have now “gone away together” and she added the screenshot of a message her dad sent informing her.

Well, Tia didn’t stop at Twitter. She also took to Facebook to call her father out and her father responded.

He dared anyone who had anything to say to him to do it to his face. He then asked what is wrong with him dating a 21-year-old.

Other young girls have now come out to claim Phil Carter was already sending them friend requests when they were still teenagers, with one as young as 17.

Twitter users have been caught up in the drama, with some blasting Tia for making her family matter public.

Others thanked her for the entertainment and said they haven’t had that much fun on Twitter in a while.

To those blasting her for making it public, Tia told them it’s her account and she can post whatever she wants.

No comment on ASUU’s stand against my Professorship — Pantami