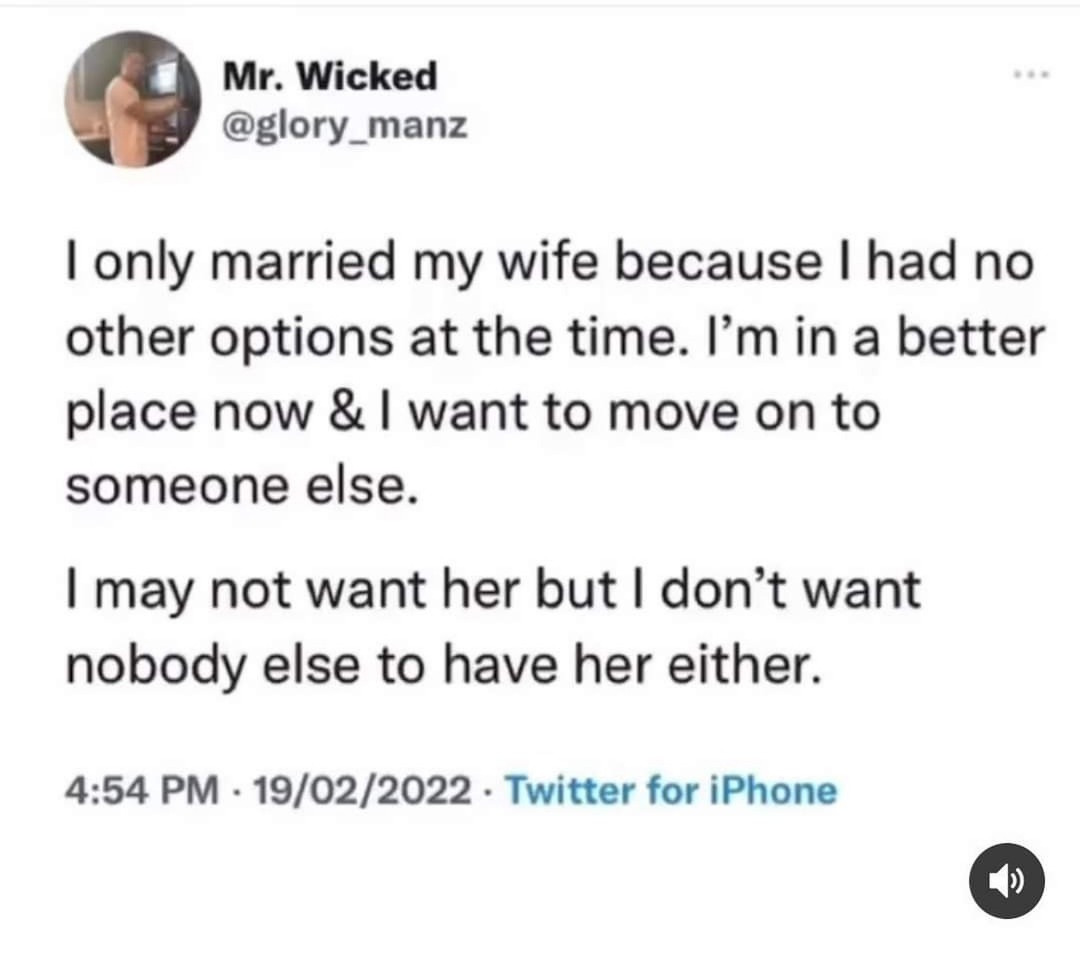 A man has shared his dilemma after he made enough money to get the kind of women he wants.

The man took to Twitter to explain that he only married his wife at the time he did because he didn’t have better options.

He said he is now in a better place and wants to move on to someone else.

‘I’m a good person, my heart is pure’ – Rosy Meurer replies critics who accuse her of snatching Tonto Dikeh’s husband