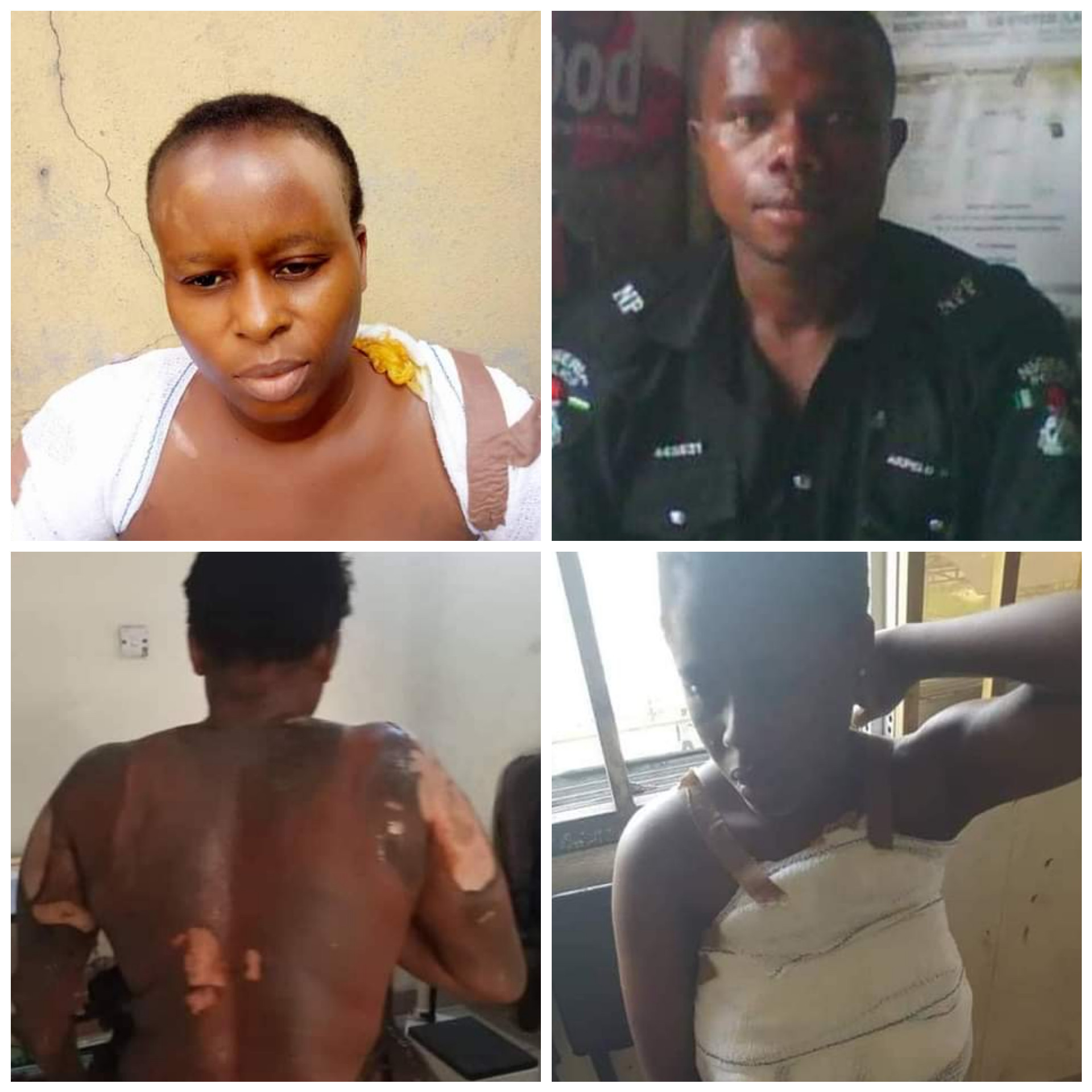 A lady, Jane Amos, who was allegedly scalded with burning stove by a police officer has pleaded with the Rivers State Commissioner of Police to ensure that justice is done in her case.

LIB had reported that the officer identified as Eze Akpoelu, allegedly attacked and injured Ms Amos, leaving her with severe burn wounds, after she reportedly declined his request for a relationship.

The incident happened in their compound at Rumuokwuta, in Obio/Akpor Local Government Area of the state, on Wednesday, January 19.

Spokesperson of the State Police Command, Grace Iringe-Koko, who confirmed the incident said the suspect had been arrested and detained.

“He (Akpoelu) has been arrested. We have commenced investigation and if he is found culpable, he will be punished.

In a statement on Monday, February 21, rights group, Centre for Basic Rights and Accountability Campaign, confirmed that the victim has been discharged from the hospital.

“Miss Jane Amos Scalded With Burning Stove Allegedly By A Male Police Officer For Turning Down His Relationship Proposal Discharged From Hospital One Month After The Incident. Miss Jane Pleads With Commissioner of Police In Rivers State To Ensure Justice Is Not Denied Her In The case.” the statement reads.