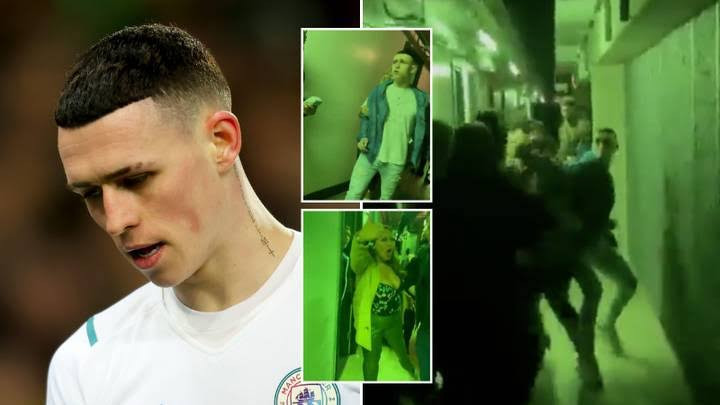 Manchester City football club have condemned the abuse footballer, Phil Foden and his family suffered while backstage at a boxing match between Amir Khan and Kell Brook on Saturday evening, February 19.

Video footage spread on social media of an altercation between unidentified members of the public and the family of the England midfielder at the AO Arena in Manchester.

The video clip posted on social media shows Foden’s mother, Claire Foden, being struck after an altercation with the group of men who were targeting her son, abusing him for his performance in the match.

The club has now come out to condemn the abuse meted out to the young footballer.

“We are shocked and appalled about the nature of the abuse and ensuing assault on one of Phil’s family members,” Manchester City said in a statement on Sunday, February 20.

“The club is aware of a video which has circulated on social media showing Phil Foden and his family being harassed and abused.

“We will continue to give Phil and his family all the support and assistance they need,” the club said.