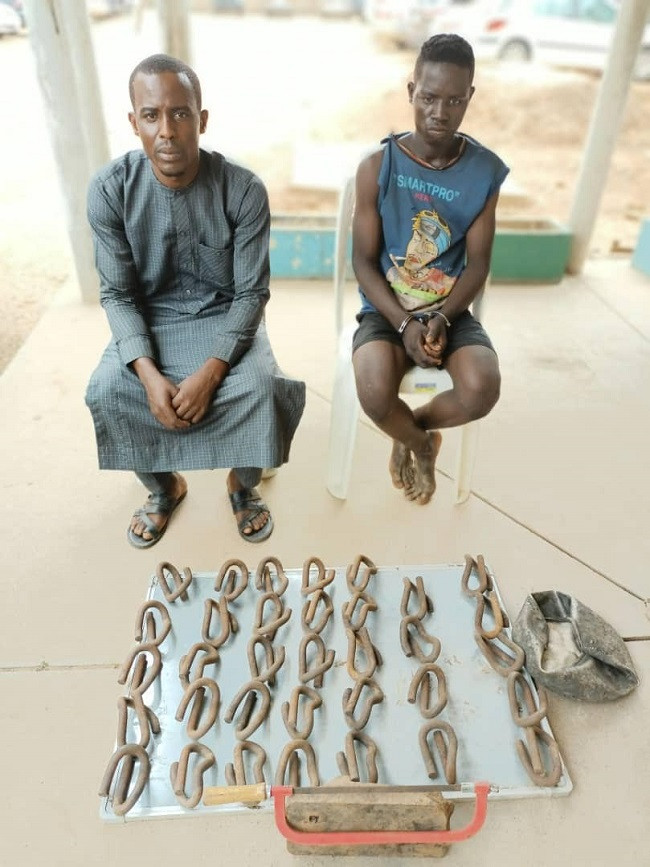 Operatives of the Oyo State Police Command have arrested suspected vandals who specialized in the criminal trade of harvesting and selling of railroad clips known as Pandrol.

Spokesperson of the command, SP Adewale Osifeso, in a statement on Monday February 21, said that the suspected vandals identified as Ibrahim Saidu,20 and Muritala Abdulahi,30, were apprehended last Friday at about 6:30 pm while in the act at Ile-Esho Area, Omi-Adio in Ido Local Government Area.

He said that the arrest was made possible by the surveillance carried out by operatives attached to Omi-Adio Divisional Police Headquarters.

Recovered were 34 railroad clips, a fish plate, a hacksaw and a damaged rail pot.

The PPRO said that the suspects confessed to the crime and had been cooperating with ongoing investigations aimed at arresting other members of the gang.

Osifeso added that the state Commissioner of Police, Ngozi Onadeko urged members of the public to provide timely information which would enable the police to curb all crimes.