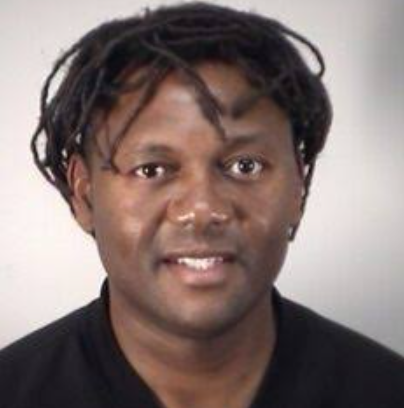 An emergency room doctor in Florida was arrested last week after police say he repeatedly hit a semi-unconscious female patient using the patient’s own hand because he believed she was faking a seizure.

Dr. Onyekachi Nwabuko, 44, a Nigerian doctor practicing in the US, was taken into custody Wednesday, Feb. 16, and charged with three counts of battery.

According to a probable cause affidavit, two registered nurses, a hospital director, and the victim all provided statements that led to Nwabuko’s arrest.

Police said the victim also appeared to have suffered “a serious facial wound.”

Leesburg Police Department officers at around 8:00 a.m. on Wednesday, February 16, answered a 911 call about a possible battery at the emergency room of the University of Florida Leesburg Medical Hospital.

Upon arrival at the scene, several hospital staff members confirmed to police that Nwabuko had unnecessarily hit a patient in the face multiple times.

According to the affidavit, one of the nurses described to police that paramedics typically assess a patient’s state of consciousness by placing the patient on their back, raising their arms a few inches, and releasing them.

A hospital employee explained: “Patients will move or stop their hands to prevent it from hitting them in the face.”

The hospital employee, who is said to have witnessed Nwabuko’s interaction with the victim, told police that the doctor failed to follow normal procedure because he believed the patient was “faking” his medical condition, the affidavit stated.

The staff said that although the doctor clearly saw the patient trying to stop the hand from hitting her face, Nwabuko repeatedly hit her face with his hand on three separate occasions, each time using more force.

After initial interaction with the victim, Nwabuko is said to have left the exam room and returned a short time later, according to the document. When Nwabuko returned to the examination room for a second time, he hit her in the face with the patient’s own hand several times, according to the affidavit.

“I’m sorry, I have to do this or I’ll have to intubate you,” Nwabuko allegedly said while hitting the victim.

Another witness quoted in the reports who described the second alleged battery said that the IV line was “ripped from the Victim’s arm causing her to bleed.”

Nwabuko allegedly returned for a third time and hit the patient in the face with her hand, again asserting that she was faking it, according to the affidavit.

The victim told police she was “semi-conscious” during the interaction but she clearly remembers Nwabuko hitting her and telling her she was faking a seizure, according to the affidavit.

She added that she could not speak and did not have enough strength to stop Nwabuko from controlling her hand.

“She tried to stop him but was unable to speak or resist the force he was using. He continued to beat her harder and harder until the nurse entered,” the affidavit read. “She said he was laughing and mocking her for faking a seizure.”

The victim also noted that Nwabuko “repeatedly rubbed her sternum to elicit a response” from her.

Police said the victim appeared to have “significant swelling, redness and bruising in his left eye.”

Nwabuko was arrested and processed at the Lake County Jail in Tavares following the incident.

He was released after posting a $3,000 deposit. His arraignment is currently scheduled for March 3.