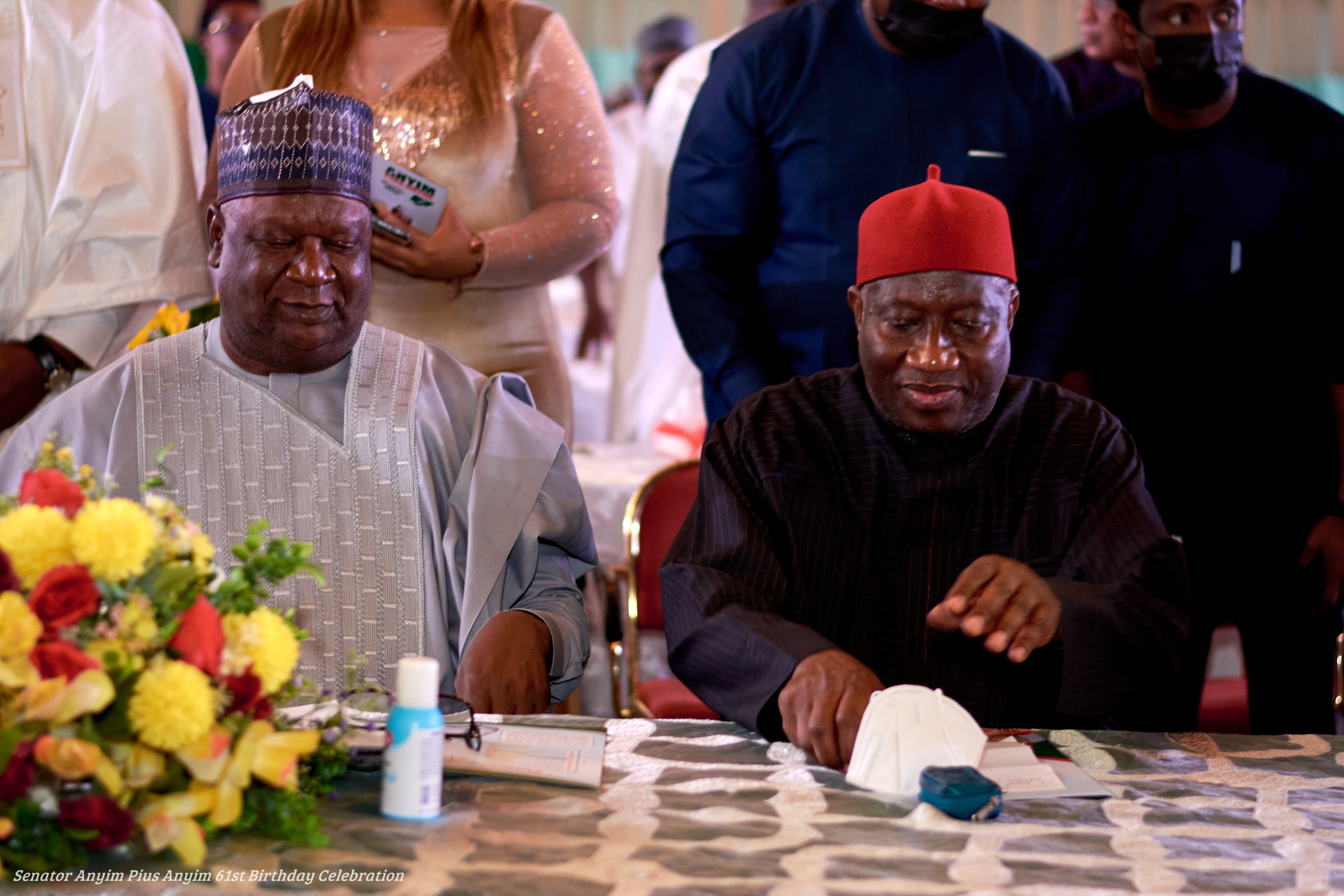 “Anyim Was The Engine Room Of My Administration”

Former President Goodluck Jonathan or my boss, as Anyim fondly calls him, didn’t mince words when talking about Anyim’s impact during his time as the Secretary to the Government of the federation at his 61st-anniversary celebration. According to him, Anyim was instrumental to the progress he made as President and referred to him as the “engine room of his administration”. He further stated that he has no iota of doubt that Anyim would make the ideal president of the country.

In what was a much-expected turn-up of the high and mighty of the society, the 61st-anniversary celebration of former Secretary to the Government of the Federation and ex-senate President, Anyim Pius Anyim was a success and many top dignitaries like President Buhari’s representative, in the person of Boss Mustapha, former President and Vice President, Goodluck Ebele Jonathan and Namadi Sambo respectively, the governor of river state, Nyesom Wike, amongst others used the opportunity to laud Anyim for his dedication to the progress of the nation.

While speaking, the former president could not help but express his confidence in the competence and capacity of Anyim to serve Nigeria at the highest level. While it would be easy to assume that Aynim Pius Anyim can deliver a greater Nigeria, it is much better when the ex-president makes it a point of call to mention.