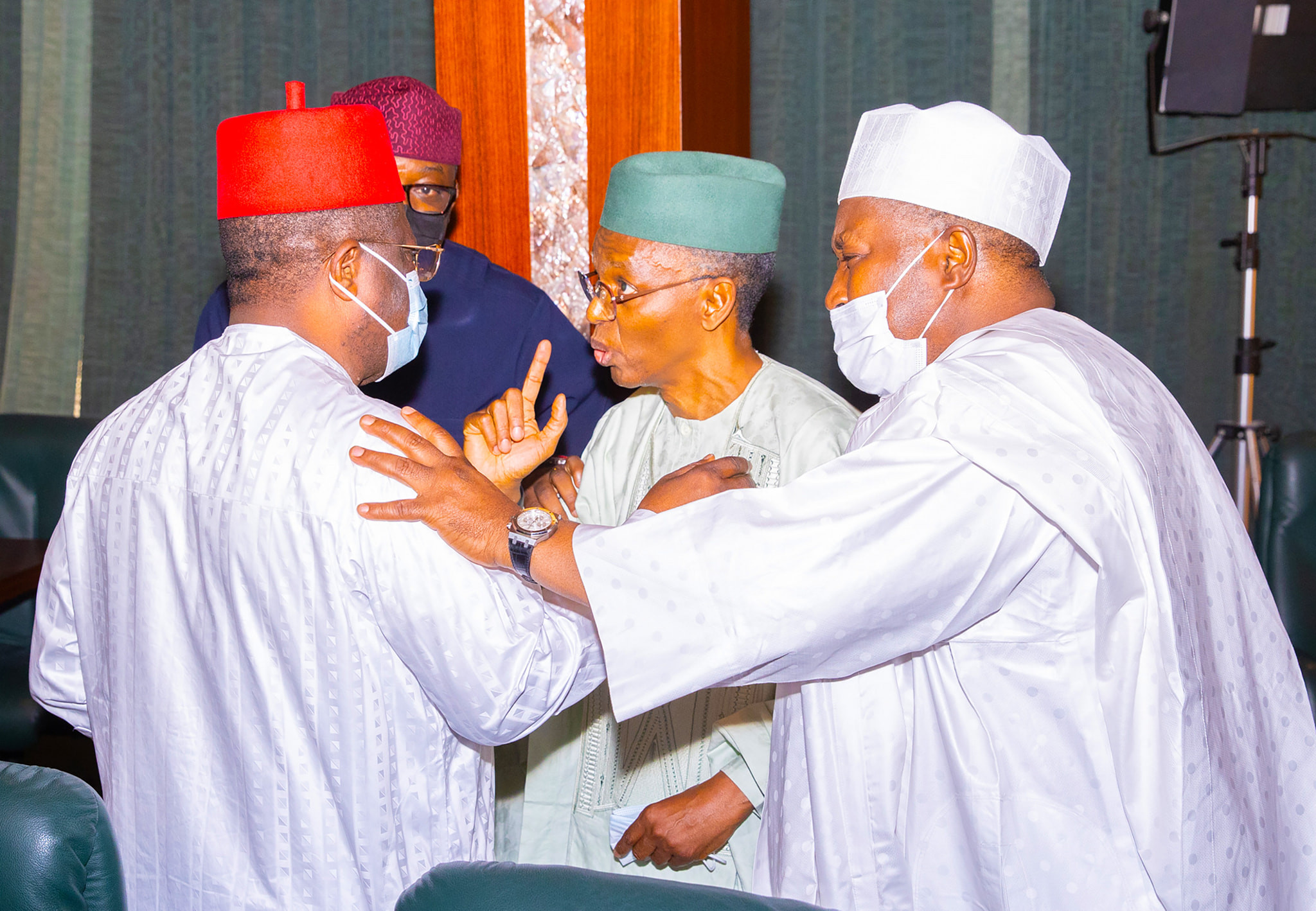 Governors of the All Progressives Congress (APC) today February 22 met with President Buhari at the statehouse Abuja where they resolved that to ensure the ‘opposition party which they referred to as the ”Peoples Destruction Party PDP never returns to office come 2023.

The governors met with the President to agree on a simple and equitable zoning formula for all geopolitical zones as it concerns political positions within the party.

Speaking after the meeting to newsmen, the governor of Kaduna State, Nasir El-Rufai, who spoke to newsmen, said the governors are not in any way divided on the zoning of offices within the party.

“There’s no way you can have 22 Governor agreeing on every issue. You can have differences, but to call it division is taking it too far.

But after our meeting last night and our briefing with PMB today, we are all on the same page. We have agreed on a simple, equitable and fair zoning formula for all geopolitical zones. By God’s grace by March 26 we will hold the APC national convention.

Let there be no doubt that the Progressive Governors are United in our resolve to ensure that the Peoples Destruction Party doesn’t come back to power,” El-Rufai said

The APC which was billed to hold initially for February 26, has now been postponed to March 26.