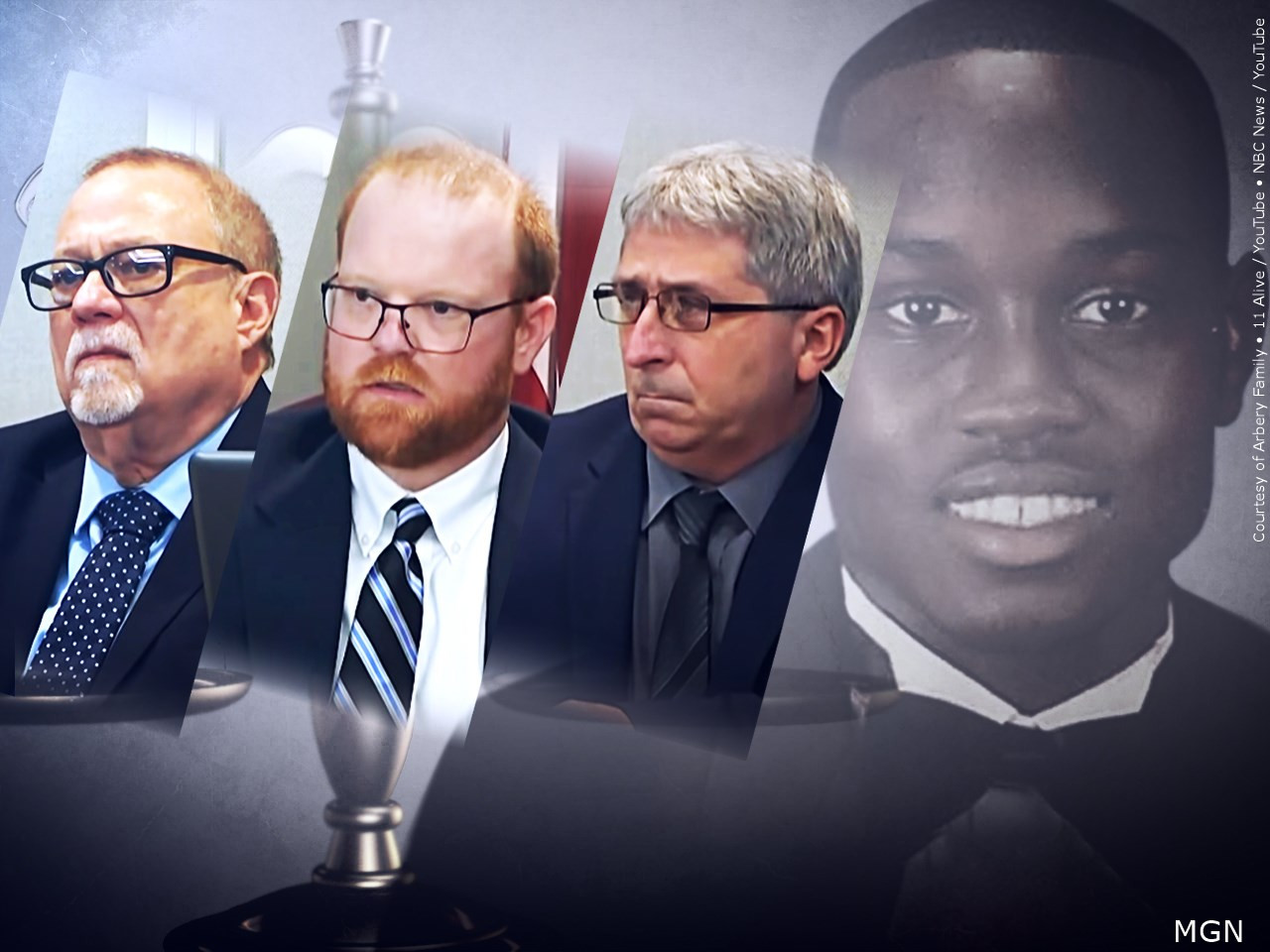 Three white men convicted of killing a black jogger in Georgia have been found guilty of federal hate crimes on Tuesday February 22.

Jurors found the defendants targeted Ahmaud Arbery, 25, because of his race.

The men, Gregory McMichael, 66 his son Travis, 36, and their neighbour, William Bryan, 52, had already been found guilty last year of Arbery’s murder.

Tuesday’s verdict was over a separate set of federal charges filed by the US Justice Department.

Arbery was jogging in the coastal city of Brunswick when he was confronted and ultimately killed, by the three men in February 2020.

The jurors in this latest trial – a panel of eight white people, three black people, and one Hispanic person,  considered five separate federal charges and found the defendants guilty on every count.

The first two involved federal hate-crime statutes, and charged the three men of using force and threats to deprive Arbery of his right to use a public street because of his race. The third count charged the men with kidnapping.

The McMichaels also faced firearms charges. Travis McMichael was convicted of discharging a shotgun and his father was convicted with brandishing a revolver.

They may be sentenced to life in prison – in addition to the life sentences they already received in January for Arbery’s murder.

The federal convictions come just one day short of the two-year anniversary of Arbery’s death.

During closing arguments on Monday, lawyers for the three defendants argued that the men pursued Arbery because they believed he was involved in criminal activity – not for any racially motivated purpose.

“Would Travis McMichael have grabbed a gun and done this to a white guy?” asked defence lawyer Amy Lee Copeland at trial. “The answer is yes.”

But the jurors accepted the prosecution’s argument that McMichaels and Bryan were driven by “racial assumptions, racial resentment, and racial anger”.

Arbery’s mother, Wanda Cooper-Jones said she “knew that we would get victory” but added that “we as a family will never get victory because Ahmaud is gone forever”.

Ms. Cooper-Jones also criticized the Department of Justice for seeking a plea deal with the McMichaels. Last month, a US judge rejected the deal, saying she was not willing to be bounded to the agreement’s terms.

At a news conference later on Tuesday, US Attorney General Merrick Garland said the justice department will use its resources to “confront unlawful acts of hate”.

“No one in this country should have to fear the threat of hate-fueled violence,” he said, adding “no one should fear that if they go out for a run they will be targeted and killed because of the colour of their skin”.

“My ex, who arrested me and went away with our child when I was broke, is now back, begging me with the child” – Portable reveals (Video)