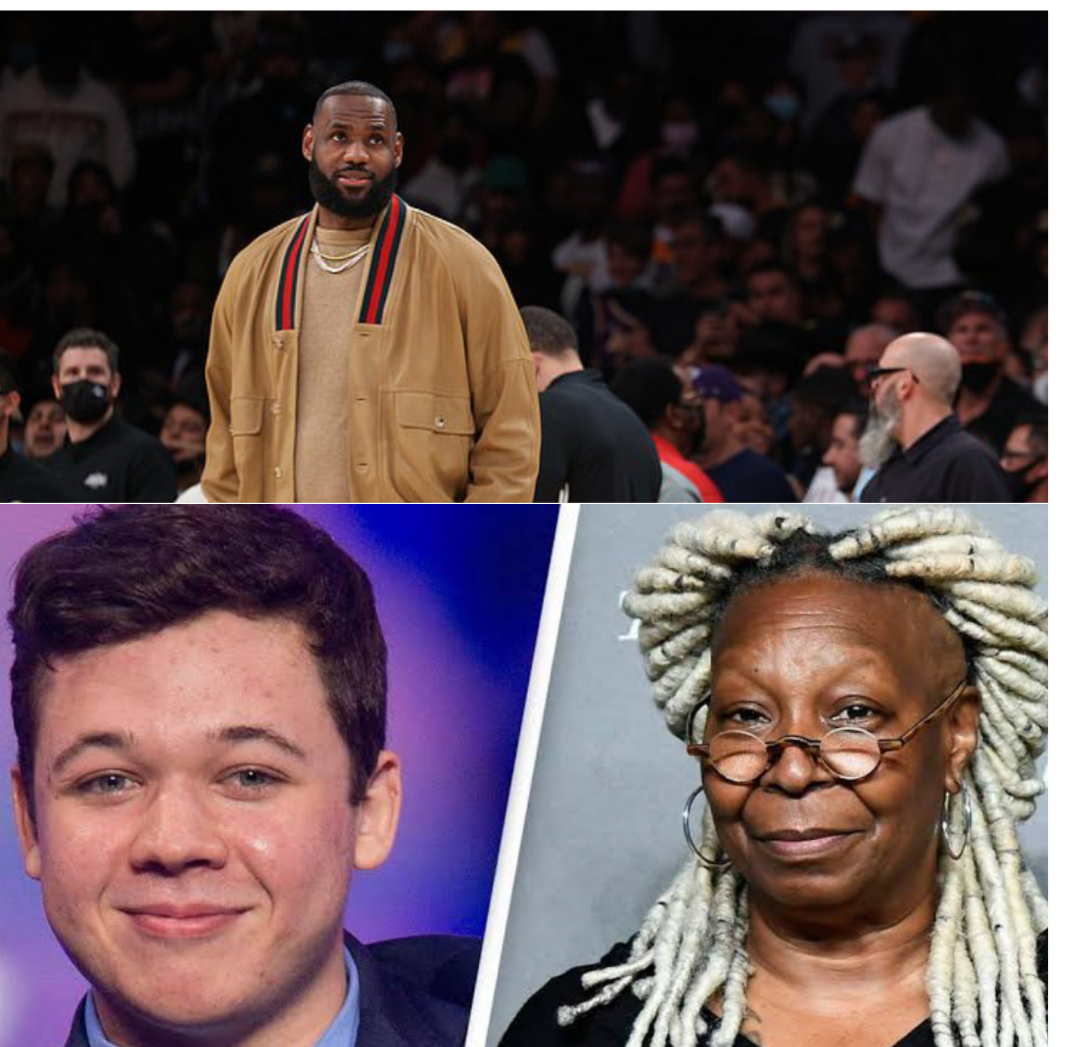 Kyle Rittenhouse to sue Whoopi Goldberg, Lebron James and others for calling him a murderer despite being acquitted of killing two men

Kyle Rittenhouse has said he intends to take legal action against media outlets and celebrities that have called him a ‘murderer’.

Speaking to Fox News, Rittenhouse says several organizations and people were misguided in their coverage of the Kenosha incident and mislabeled him.

He revealed he will sue talk show host Whoopi Goldberg and Young Turks founder Cenk Uygur both of whom continue to call him ‘a murderer’.

Basketball star LeBron James also accused Rittenhouse of pretending to cry after the 18 year old broke down on the stand during his double murder trial.

Rittenhouse, was a white supremacist who shot and killed two men during during a street protest in Kenosha in 2020 .

A jury last year acquitted him of multiple charges, including homicide .

He testified that he acted in self-defense.

Last November, the 18-year-old was found not guilty of first-degree intentional homicide and other charges, and walked out of court a free man.

‘While the verdict in Kenosha will leave many Americans feeling angry and concerned, myself included, we must acknowledge that the jury has spoken.

‘I urge everyone to express their views peacefully, consistent with the rule of law. Violence and destruction of property have no place in our democracy.’

At the time, Rittenhouse’s lawyer, Mark Richards, said he was dismayed by Biden’s depiction of him as a white supremacist.

‘I’ve never had a case, I don’t think I ever will, where within two days or three days of one another, you know, the President and the presidential candidate comment on it. And both of them had such different beliefs,’ Richards said.

‘President Biden said some things, I think are so incorrect and untrue — he is not a white supremacist. I’m glad that he at least respects the jury verdict.’

‘We are looking at quite a few politicians, celebrities, athletes, Whoopi Goldberg [pictured] is on the list. She called me a murderer after I was acquitted by a jury of my peers. She went on to still say that, and there’s others,’ Rittenhouse told Carlson.

Rittenhouse fatally shot Joseph Rosenbaum, 36, with an AR-15-style semiautomatic rifle after Rosenbaum chased Rittenhouse across a parking lot and threw a plastic bag at him shortly before midnight on August 25, 2020

Moments later, as Rittenhouse was running down a street, he shot and killed Anthony Huber, 26, a protester from Silver Lake, Wisconsin