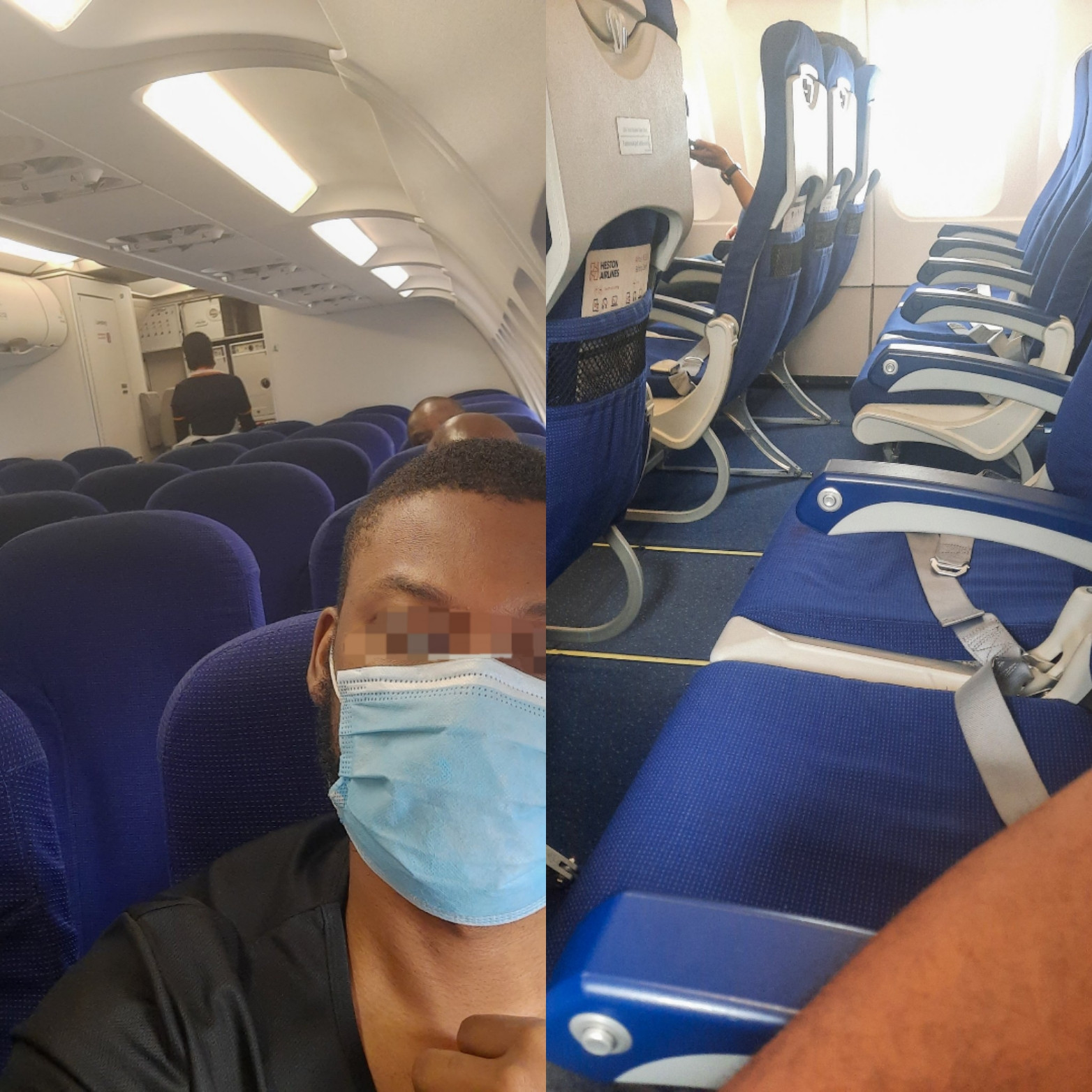 “Look how empty a morning flight is” Nigerians react as minimum airline fare is raised to 50,000 Naira

Nigerians are expressing their frustrations after most domestic airlines raised their minimum fare to N50,000.

Nigerians used to be able to buy economy class tickets from as low as N22,000 to N48,000, depending on the airline and destination, except during festive seasons when there’s a spike in the fare.

However, last weekend, the prices of air tickets for most domestic airlines rose to a minimum of N50,000.

To make matters worse, passengers are no longer receiving discounts even if they book weeks ahead as used to be the case.

Due to the recent increase in insecurity in the country and kidnappings, more people choose to travel by air.

However, the recent increase in ticket fares by 115 percent has seen a reduction in the number of passengers traveling by air.

A passenger who travelled this morning, Feb. 22, took to Twitter to share photos of his flight, which was almost empty.

Nigerians have taken to Twitter to ask how the average citizen is to survive, considering the high cost of living.