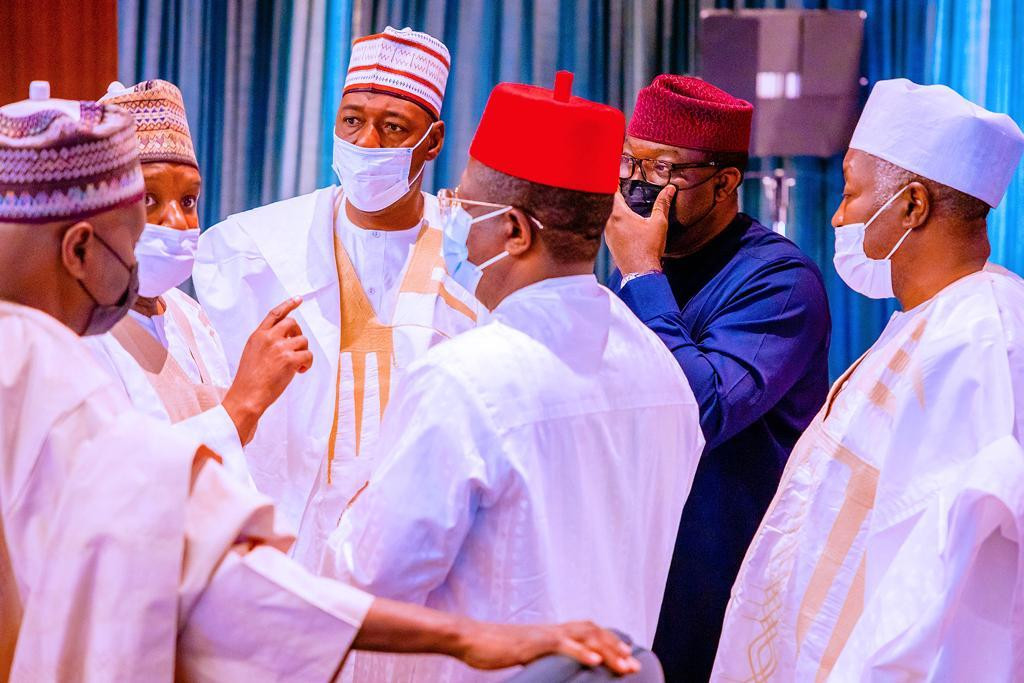 Governors elected on the platform of the All Progressives Congress (APC) have reached an agreement on the ruling party’s national convention date and zoning arrangement.

Governor Nasir El-Rufai who addressed newsmen on behalf of his colleagues after a meeting with President Muhammadu Buhari, stated that they are not divided even though they might have differences.

El-Rufai also said the Governors have agreed that Northern zones will take positions that Southern zones had in the last eight years and vice versa.

“There were differences among governors over the timing of the convention. This is what the media called ‘divided governors’. There’s no way you can have 22 governors agreeing on every issue. You can have differences, but to call it division is using a word too far.

“But after our meeting last night to deliberate on the proposal by the national caretaker committee, and our briefing with Mr President today, we are all on the same page.

“We have agreed on a zoning formula for all the six geopolitical zones. Essentially, we swapped northern zones to take positions that southern zones had in the last eight years and vice versa.

“It’s a very simple, equitable and fair zoning formula for all geopolitical zones. We will now go back and consult at the zonal level and look at the positions that are available and the process of the convention preparation will start in earnest.

“So by the grace of God,  by March 26, we will have done the APC national convention.”

The brief meeting which took place at the Council Chambers of the Presidential Villa in Abuja on Tuesday February 22, was attended by Vice President Yemi Osinbajo and 19 governors, including those of Yobe, Kano, Kogi, Ekiti, Nasarawa, Kwara, Ebonyi, Jigawa, Lagos, Imo, Ogun, Borno, Niger, Gombe, Osun, Kebbi, Plateau, as well as Deputy Governor of Anambra State who left the All Progressives Grand Alliance (APGA) for the APC last year.

After sending out invitation to friends and family, Nigerian clergyman dies three weeks to his 50th birthday