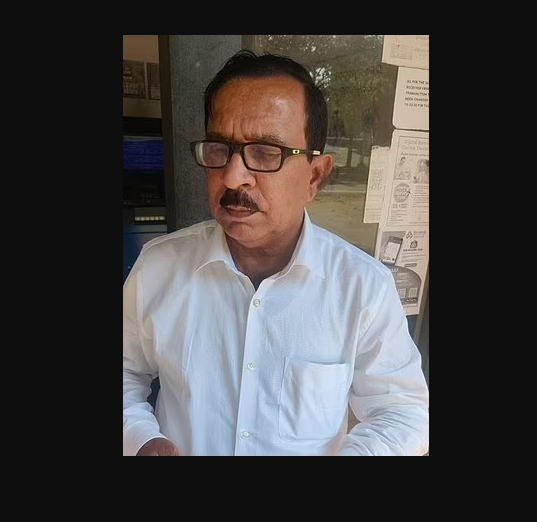 An overweight 66-year-old has been accused of duping 27 younger women into marrying him then running off with their money in what is being called India’s biggest ever marriage scam.

Despite being described as ‘portly’ and barely 5 feet 2 inches tall, the alleged fraudster was able to dupe so many women by targeting those in their 40s, while posing as a medical professional on a large salary, investigators have said.

According to reports, he allegedly used fake identification cards and appointment letters to bolster his credentials and family background to con the high-powered career women who came from all over the country.

It was originally reported that he had married 14 women, but police say they now believe it was 18, while the Hindustan Times newspaper reported there have been as many as 27 victims.

According to local reports, he kept the names of the women on his phone, along with where they were from. He was in touch with another 70 to 75 women who could have potentially been further victims.

Indian police were finally able to track down Swain, they said, after months of untangling his web of false identities which he maintained through the use of 128 forged credit cards.

‘He primarily did this for their money, and some sexual pleasure,’ senior police official Sanjiv Satpathy told AFP.

Satpathy’s team arrested Swain in recent days after months on his trail, discovering his multiple identities, bank accounts, and plans for two weddings in February and March. He is said to have forged 128 credit cards and defrauded 13 banks.

‘He was always very persuasive,’ Satpathy said, ‘and only targeted successful single, widowed or divorced women in their late 40s.’

A few ‘happy and satisfying days into the marriage’, the police said, Swain used to make excuses to borrow his new wives’ money or jewellery to help him with an emergency.

He then moved on to his next target, hoping that the women’s circumstances – as a single, widowed, or divorced woman who had remarried in a conservative society – would scare them off going to the police.

Investigators believe Swain married more than 18 times and are now going through his mobile phone records where he saved his wives’ contacts – as Madam Delhi, Madam Assam or Madam UP (Uttar Pradesh) – named after the places in India where they stayed.

Police said he posed as a deputy director-general under the Ministry of Health and Family Welfare who was required to travel to different states in order to check medical facilities.

The lie allowed him to spend long periods of time away without raising suspicion, police said.

Police launched a probe into Swain’s multiple lives in May 2021 after a complaint by one 48-year-old wife who, by chance, discovered that he was already married to at least seven other women.

The victim, feeling angry and cheated, police say, ‘quietly retrieved’ the contact details of his other wives from his phone and contacted them individually about their shared predicament.

‘This is when we came in and made discoveries about his long history of cheating, impersonation, and deceit,’ Satpathy said.

Swain first married in 1978 and has three children – two of them doctors and one a dentist – with his first wife.

Trained as a lab technician, he fell out with his family and moved to the state capital Bhubaneshwar where he started introducing himself as a doctor and ultimately married a doctor, his second wife, in 2002.

‘He has since used multiple names but always introduced himself as doctor or a professor while looking for wives online,’ Satpathy said.

The Hindustan Times newspaper described him as ‘no Don Juan’, saying that he married at least 27 women in 10 states.

For good measure he also allegedly defrauded 13 banks out of 10 million rupees ($135,000) with 128 forged credit cards, and ran a chain of medical labs where doctors and other staff went for months without pay, the paper said.