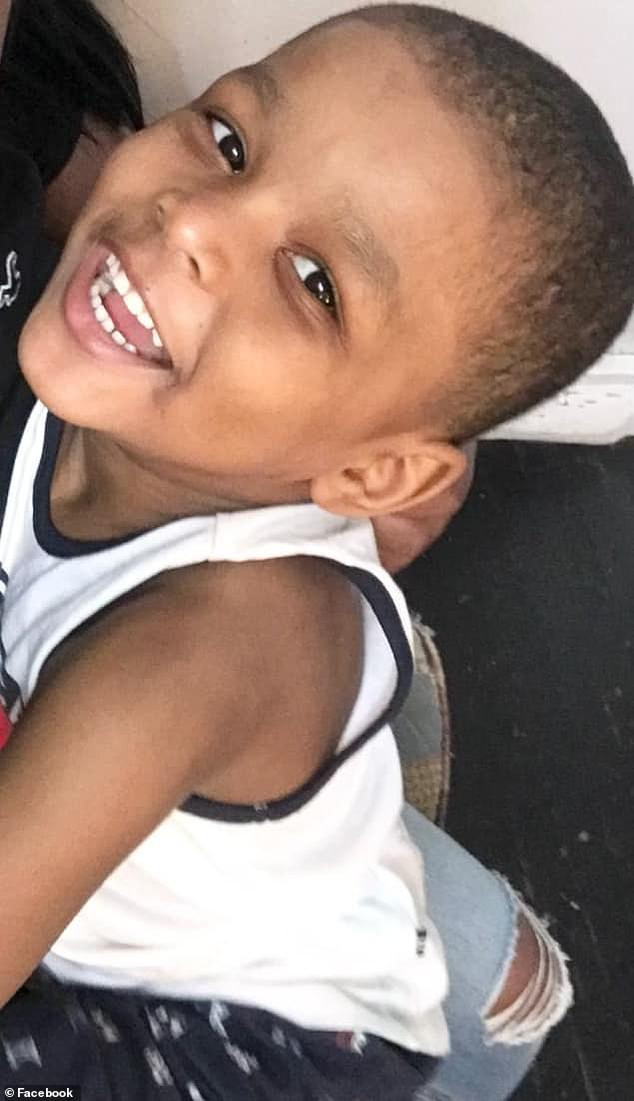 Police are on the hunt for a killer of a 5-year-old boy who was found dead Sunday, February 20, after being shot ‘execution-style’ inside his home in Michigan, Detroit, US alongside his mother and her boyfriend .

According to Detroit Police, the young boy Caleb Harris had been shot multiple times in the face and killed inside the home with his mother, Lashon Marshall, and her boyfriend, Aaron Benson.

Concerned family members who hadn’t heard from the family in a while stopped by the home on Sunday february 20, and discovered the horrific scene. It’s unclear how long that period of time was before police were notified.

When family members arrived at the home, they found the back door had been kicked in, Detroit Police Chief James White said.

They discovered the bodies of the boy’s mother and her boyfriend, and called the police authorities.

‘They continued to check the house for additional victims, and unfortunately they did find a third victim, a child, in a room deceased,’ White said, adding that the child had been shot multiple times.

Caleb’s paternal grandmother, Shalesa Floyd, said it was the most devastating news of her life, Fox 2 reported.

‘For you to shoot a five-year-old in the face? Twice? You could have let him go so he could remain and live,’ Floyd said. ‘To do this — it’s like a monster would do this.’

Speaking to Fox 2, Caleb’s grandmother said the boy’s father lives out of state and says he is devastated.

‘He loved to travel with his dad and with his mom,’ Floyd said. ‘He was her only child. He’s only five, so he had not much life to live.’

It’s unclear if the boy’s father and mother were divorced or separated.