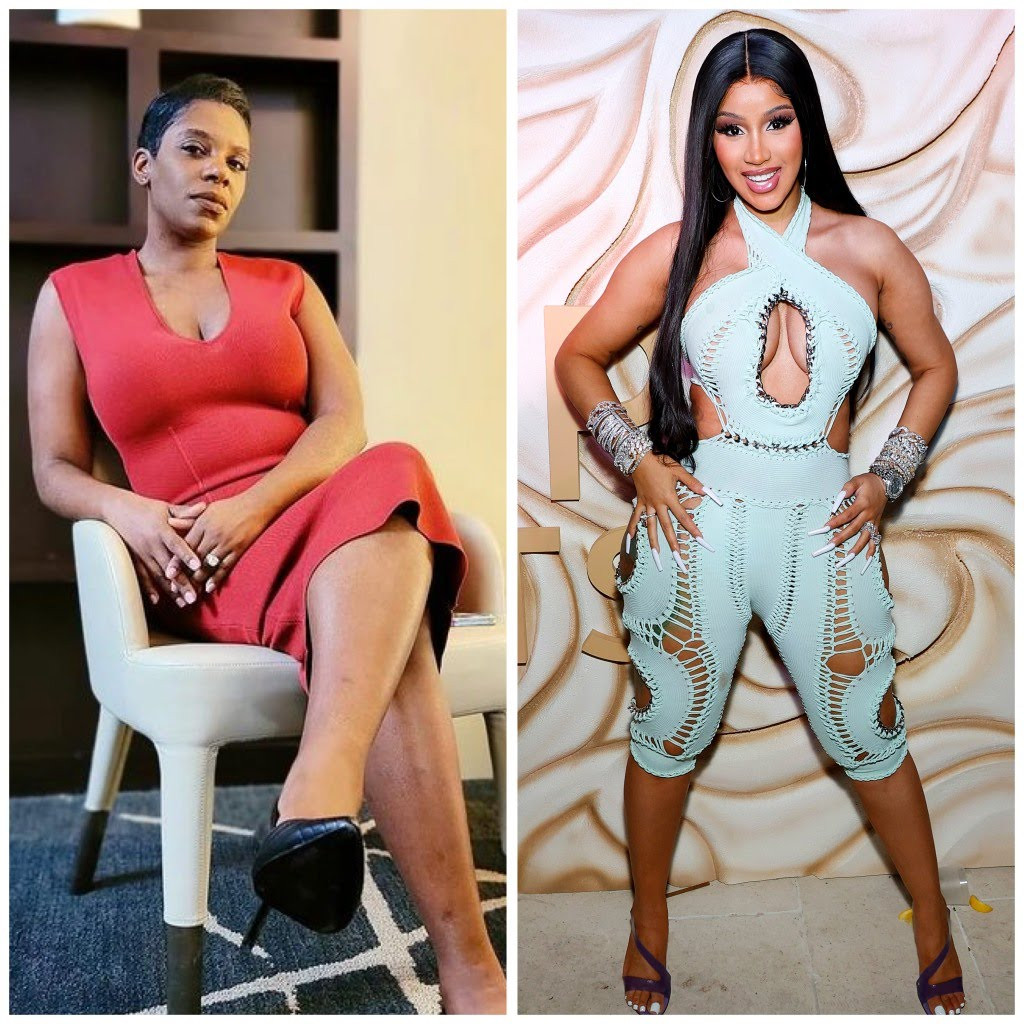 Tasha K says she doesn’t have money to pay Cardi B after judge ordered her to pay the rapper $3.8 Million for defamation

Tasha K has said that she doesn’t have money to pay Cardi B the damages awarded her by a court.

Cardi B sued Latasha Kebe, aka Tasha K, in 2019 over YouTube videos she had posted which included shocking claims about the rapper.

Some of the allegations Kebe made in her videos claim that Cardi B f***ed herself with beer bottles on f***ing stripper stages,” while others claimed she had contracted herpes and was a prostitute, according to Billboard.

During the trial, Cardi said on the stand that she felt “suicidal” from the videos and that  “only an evil person could do that s***.”

Jurors found Kebe liable for defamation as well as invasion of privacy through portrayal in a false light.

Cardi was then awarded $1.25million in damages.

On Tuesday, January 25, Cardi was awarded an additional $2.8million by the jury according to a filed verdict.

Now, Tasha has made it clear that she doesn’t have over $3 million to pay Cardi.

While talking with Kendall Kyndall and Kendra G of Social Society, Tasha K was asked about paying Cardi B the $3.8 million she was ordered to pay after losing to the defamation lawsuit.

The mother of two replied, “I ain’t got it.”

Filmmakers To Shoot Movies On Trains For Free – Amaechi