Veteran Nollywood actor, Jim Iyke, has reacted to a video of his deliverance session at the late TB Joshua’s church that went viral in 2013.

In a recent chat with media personality, Chude Jideonwo, the thespian confirmed he’s the one in the viral video.

He narrated how he came down to the church after they insisted that he must be present before his mother could be healed of her ailment. 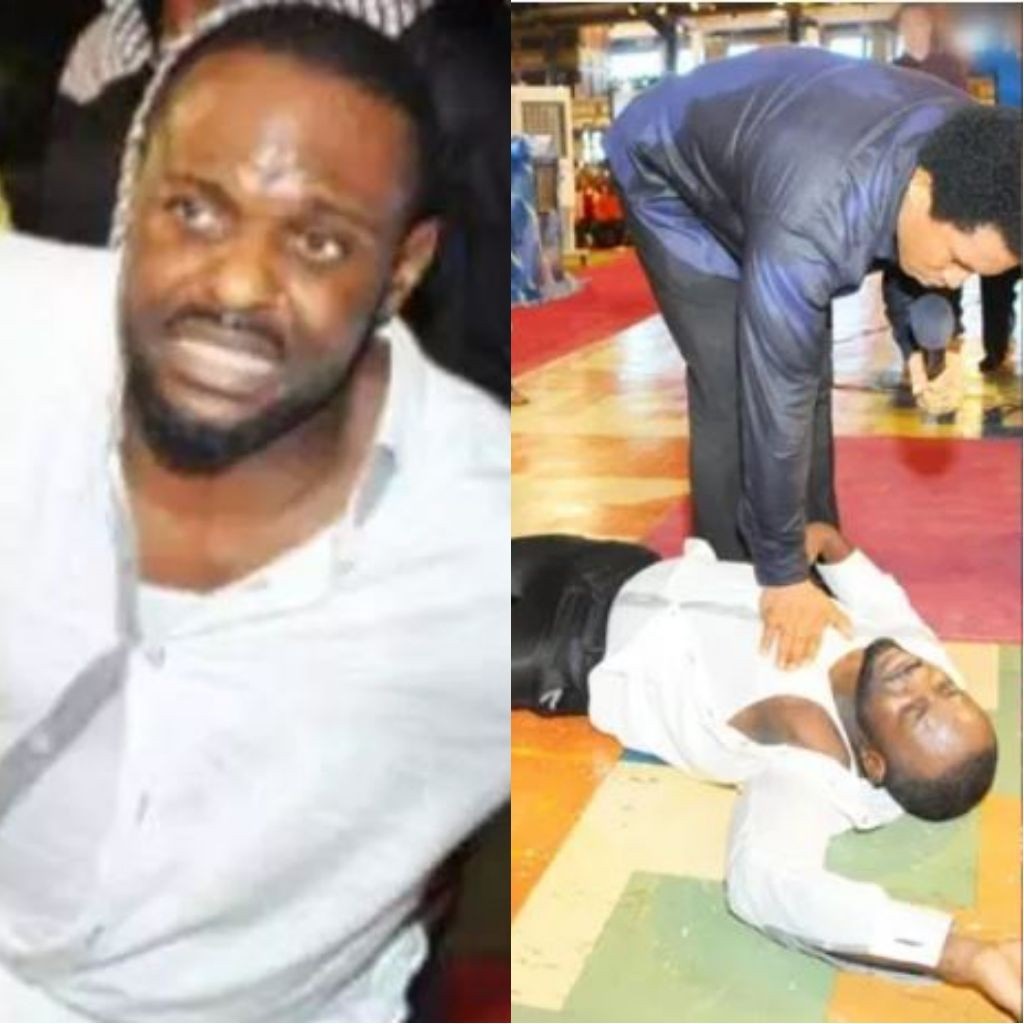 Jim Iyke said all he remembered was chuckling before one of the pastors at the Synagogue Church of All Nations approached him. According to him, the pastor did something to him and he didn’t know what happened after that.

He noted that the incident made him realize that the world is deep and that there are spiritualities that are way beyond us.

Watch the deliverance session below,

In other news, Jim Iyke, has admitted that his much-publicized fight with his controversial colleague, Uche Maduagwu, was a publicity stunt.

Recall that in August 2021, Jim Iyke tracked Uche down to his residence and physically confronted him for questioning the source of his wealth and labelling him a ‘ritualist’. Watch here.

The fight was the hottest topic on social media at the time and netizens marked Jim Iyke as a no-go area for social media trolling.

However, some netizens argued that the fight was a publicity stunt for a movie the actor released during that period, with a similar storyline.

Well, Jim Iyke has now admitted that the fight was orchestrated for publicity and Uche was paid handsomely for it.

According to him, he had spent over 20 million on promoting the movie but it didn’t get much traction from Nigerians so he decided to tap into Nigerians’ thirst for gossip and bad news to promote the move, and it worked!

“There is no equality in marriage. The husband should always be the head” – Reno Omokri says

‘The challenge is not for me, my back is already stiff’ Actress Kemi Afolabi laments over inability to join #DropChallenge