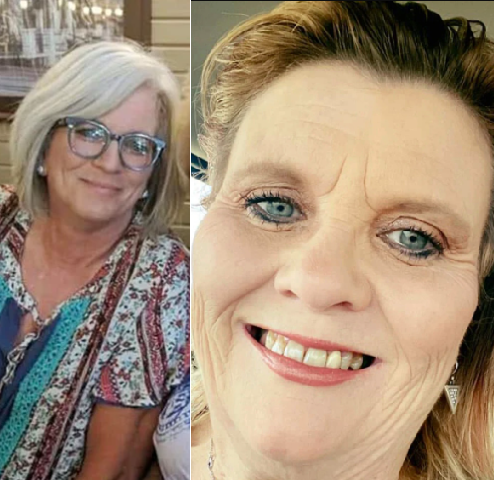 Two women discovered they were switched at birth in 1964 and they are now suing the Oklahoma hospital for the mix-up.

The women made the discovery through an Ancestry.com DNA test.

According to The Daily Beast, Tina Ennis and Jill Lopez were both born on May 18, 1964, at Duncan Physicians and Surgeons Hospital and they were switched, each going home with the other’s parents 57 years ago.

Ennis said she only meant to bond with her daughter when they decided to take Ancestry.com tests in 2019, determined to locate Ennis’ estranged grandfather.

However, the result of the test showed Ennis that Kathryn Jones, the mother who raised her, is not her biological mother.

Ennis (left) and the mother who raised her Kathryn Jones (right)

“It has not been something I would wish on anyone,” Ennis told the Daily Beast.

After Ennis and Jones took the DNA tests, the results showed no familiar relatives on their family tree. However, on Ennis’ results, there was an overwhelming number of family members with the last name Brister.

Jones told her daughter she didn’t know any Bristers in their family.

That’s when Ennis and her mother became convinced that she had been switched at birth.

Ennis has always looked different from her siblings but she assumed she looked like her estranged father — Jones’ ex-husband who left when she was just 2. Besides that, she never had reason to believe her family wasn’t related to her.

“I never felt like I didn’t belong,” Ennis insisted.

Jones submitted further DNA testing, but the results came back missing her daughter and granddaughter. They called Ancestry.com to go over the confusing results.

She learned that Lopez had been raised by the late Joyce and John Brister in rural Oklahoma City.

Ennis made her shocking discovery known to Lopez and she agreed to take a test. The rest result showed that Lopez was indeed the biological daughter of Jones.

Jones knew it was true the instant she saw an image of Lopez.

“The first thing she thought was, ‘Where was I when that was taken?’ and ‘I don’t remember those clothes,’ because she actually looked just like me,” Jones said. “And it devastated me.”

The families have since filed suit in Stephens County District Court in Oklahoma against the hospital, alleging recklessness and negligent infliction of emotional distress, as the lives of three women and their families have been turned upside down by the truth.

The hospital has denied allegations, claiming that the facility where the two women were born no longer exists, as the location had merged with a separate hospital system by 1975. However, a judge has denied their motion to dismiss, according to the Daily Beast. A lawyer for the hospital declined to comment further on the case to the publication.

“I felt like I was losing my daughter and my grandchildren too,” Jones said.

“I just had to get my emotions straight for awhile, because it’s a whole lot to get your mind around,” Lopez added. “Like, you had a mom and I had a mom, and now I have a different mom.”