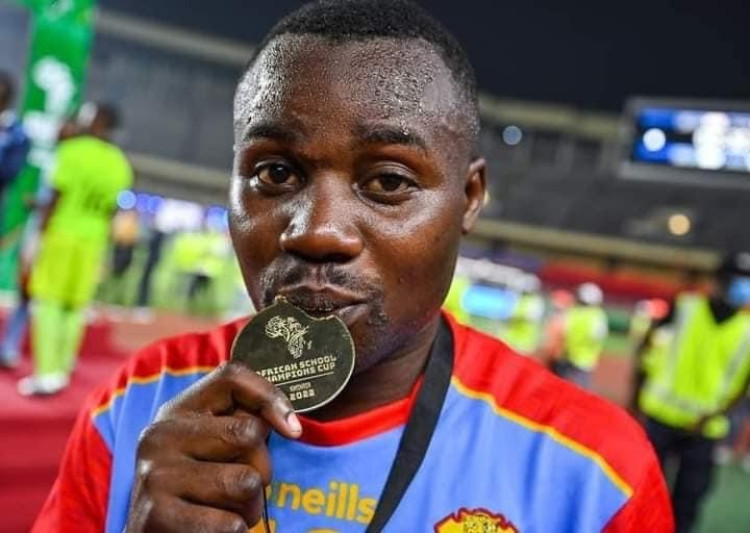 Elia Balamwabo is currently trending online after his pictures surfaced on social media.

Balamwabo, who claimed to be a 15-year-old player became famous after he lead the DR Congo U16 team to the 2022 CAF U16 African School title.

DR Congo defeated the Senegal U16 team to claim the title and Elia Balamwabo who was the winning captain was also named the tournament’s most valuable player.

While the pictures of the Senegal U16 team obviously show they are teenagers, many online are doubting that the DR Congo U16 stars are under the age of 16.