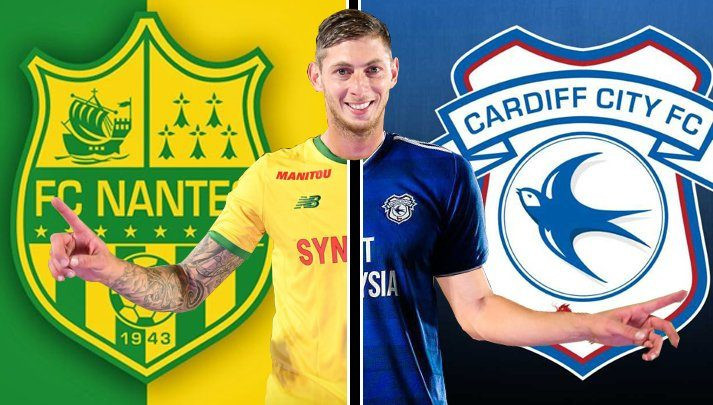 The results of blood tests taken from the body of top footballer Emiliano Sala showed he had been overcome by toxic levels of carbon monoxide poisoning prior to his death in a plane crash, an inquest heard.

The Argentina striker died in January 2019 after the private aircraft he was travelling in crashed into the English channel off the island of Alderney. He was on his way to join then English Premier League club Cardiff City in a £15 million transfer from French Ligue 1 side Nantes.

Dorset Coroner’s Court heard the 28-year-old was on a private plane travelling between Nantes and Cardiff on the evening of January 21 2019 when it crashed in the English Channel close to Guernsey.

Also killed in the crash was pilot David Ibbotson, 59, whose body has never been found.

The inquest resumed on Tuesday having been adjourned a week ago for legal reasons.

But prior to his death he had been overcome by carbon monoxide poisoning and would have been “deeply unconscious” at the point of impact with the sea, Dr Purdue said.

He said toxicological tests on samples of Sala’s blood showed a carbon monoxide blood saturation level of 58%, which he described as “severe poisoning”, and suggested the source was the plane’s exhaust system.

Continuing his evidence, Dr. Purdue said two blood samples were taken from Sala – one from the iliofemoral vein and a second from the cavity of Sala’s torso.

The first blood sample was sent away for carbon monoxide testing and the second was used to confirm identity from DNA testing. The second sample was later sent to Canada for further testing.

Dr. Purdue explained due to decomposition he was only able to take one blood sample from the iliofemoral vein and obtained blood for DNA testing from the cavity.

He said cavity blood was often contaminated and of “uncertain composition”, and could not be relied upon for toxicological examination, although it was acceptable for DNA testing.

“It is not blood, it is blood with an unknown of other things – you are going to be misled,” he said.

Dr. Purdue said Mr. Sala’s body was in the process of decomposition when he carried out the post-mortem examination on February 7.

“If we had more blood, I would have taken more samples. The fact we only had one bottle is indicative of all we could get,” he said.

Forensic examiner Katherine Baldwin told the inquest the cavity blood sample was stored in a Dorset Police freezer until it was sent off to Canada for testing. She also confirmed the first sample had been destroyed by a forensic lab after being tested, even though it was part of an ongoing investigation.

The hearing was also told Sala smoked between one and five cigarettes a day, with four packets of cigarettes found in his South Wales hotel room after his death.

Detective Sergeant Sarah Gedge, of Dorset Police, said: “Mr. Sala had some property in the room and there was a request from Mr. Sala’s agent regarding the cigarettes in his room and he was keen for that not to be disclosed to his family as he had not told them he smoked.”

She said the cigarettes were found in a Christian Louboutin cloth shoe bag.

“We made contact with (Sala’s agent) Meissa N’diaye today to confirm about Mr Sala and his smoking and he was able to tell us that Mr Sala smoked one to five cigarettes a day,” she said.

“He had been smoking for a couple of years and his preferred brand was Lucky Strike Lights.

“He said he didn’t have actual information himself and had spoken to someone else.”

The officer also confirmed that Sala had completed a medical questionnaire as part of his transfer to Cardiff City in which he stated he did not smoke.

The inquest has heard the Piper Malibu aircraft had left Nantes airport at 7.15pm on January 21 for the flight to Cardiff but radar contact was lost at 8.15pm near Guernsey.

The aircraft was located on the seabed on February 3 and Sala’s body was found in the wreckage three days later.

The inquest, which is taking place at the Town Hall in Bournemouth, is due to last around a month.