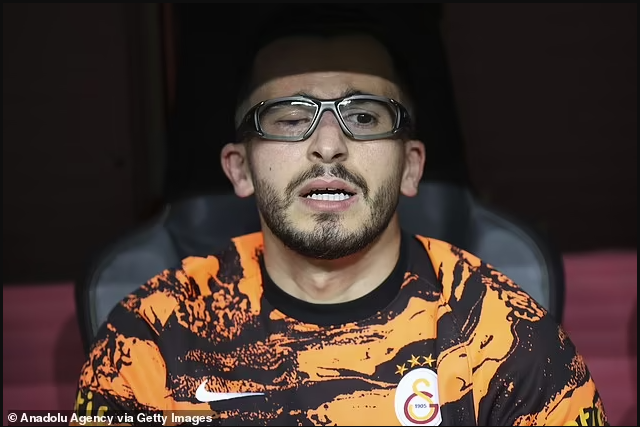 Former Man City defender, Omar Elabdellaoui returns to football more than a year after being left clinically blind in one eye

Former Manchester City and Hull City defender, Omar Elabdellaoui has made a sensational return back to football as he played all 90 minutes of Galatasaray’s Super Lig win this week.

The 30-year-old defender was left clinically blind in one eye when a firework exploded in his face during a New Years Eve party back in 2020.

Over a year and 11 surgeries later, the Norwegian full-back completed a remarkable recovery and returned to footballing action on Monday evening.

Elabdellaoui told beIN SPORTS after the game: ‘I went through a difficult process. It was a difficult injury. I struggled a lot.

In a previous interview with the Guardian, Elabdellaoui opened up on the struggles he faced when the incident first occurred.

‘I just thought I had something in my eye and had to clear it out but then I felt my face totally burning and everything was black.

‘Because of all the gunpowder, my face was burned. I think it was difficult for them to say how bad it was straight away. In one moment I grabbed the doctor to say: ‘Just tell me the truth, tell me how bad it is.’

The Norwegian defender spent a large amount of his recovery time in America, where doctors told him he had a 5-10% chance of regaining his sight – let alone returning to a football pitch.

The 30-year-old defied belief by making his comeback this week as Galatasaray picked up their first win of 2022 away to Goztepe.