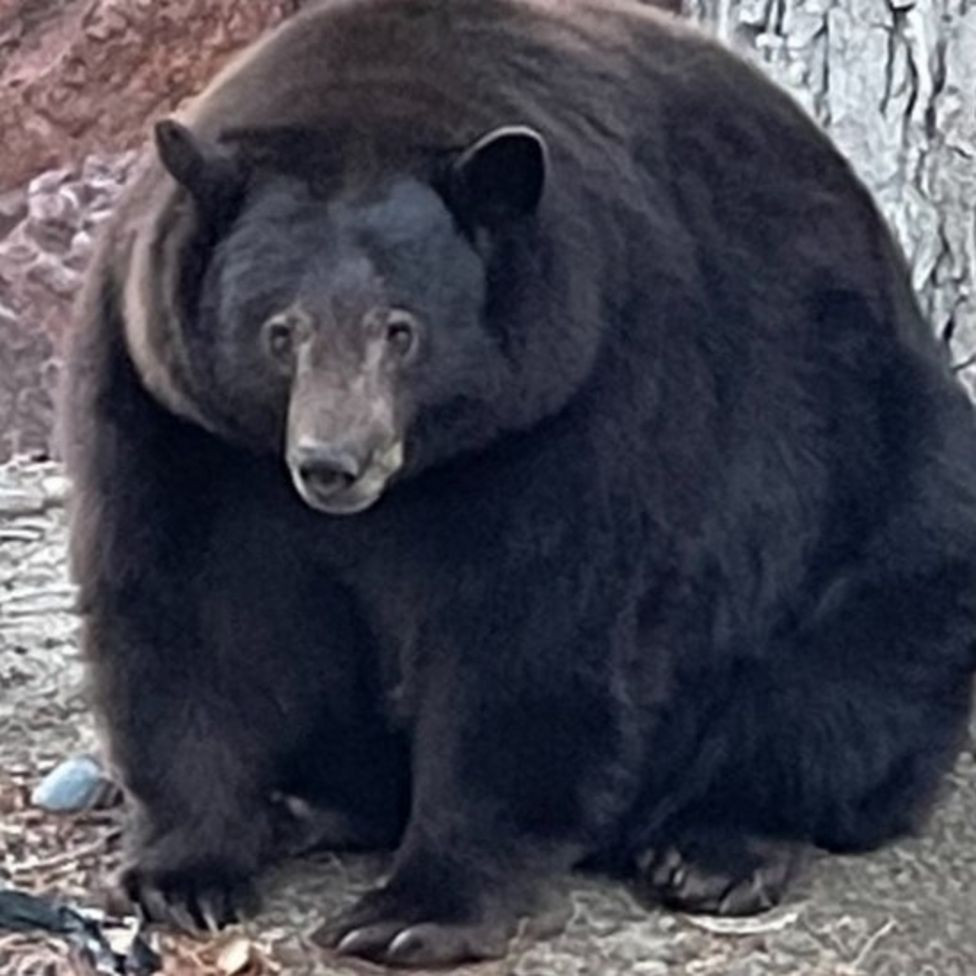 ‘Hank the tank’ a 500 pound bear that barges into people’s homes and eats their food when they aren’t around, declared wanted by US police (photos)

US police are on the hunt for ‘Hank the tank’ a massive black bear that has broken into dozens of homes in a Lake Tahoe neighbourhood to eat food since last summer.

The bear burglar which weighs 500lbs (227kg), much more than the average bear, skipped hibernation in winter due to a constant food supply in the Lake Tahoe neighborhood of California.

Officials have received more than 150 calls about Hank. He has broken into nearly 40 homes, sometimes causing severe damage, in just the last six months.

“I’ve been in town 40 years and I’ve been locking my doors recently and I’ve never done that,” local Tim Johnson told CBS News after the latest break-in by Hank on Friday night.

“The more we don’t feed them, the more this isn’t going to be the case.”

Police authorities say euthanisation may be necessary because the wild animal has grown so comfortable around humans and has avoided other ways of being caught such as as bean bag munitions, sirens, and dry-firing police tasers.

Hank earned his nickname due to its act of hungrily barging his way into locked and occupied homes.

“It’s learned to use its size and strength to force its way into homes,” says California Department of Fish and Wildlife spokesman Peter Tira.

Also crowned “King Henry” in the press, Hank is “readily identifiable due to [his] exceptionally large size and dark coat with a lighter muzzle”, according to the South Lake Tahoe Police Department.

The Bear League, a local wildlife advocacy group, says that Hank got to be his size (black bears average around 100-300lbs) due to his raging appetite for human food.

They have called for Hank to be trapped and sent to a sanctuary instead of killed, and for Lake Tahoe residents to be more vigilant about securing their food and rubbish.

“He’s not subsisting on a diet of ants and berries like a lot of wild bears do,” Mr Tira told BBC .

“In Tahoe there’s year-round access to high caloric food – whether we’re talking about leftover pizza or ice cream or just trash,” he continues. “Its easier to find that kind of food than to work for hours to remove grubs from a dead log.”

You are your parents retirement plan- Omojuwa tells Nigerians