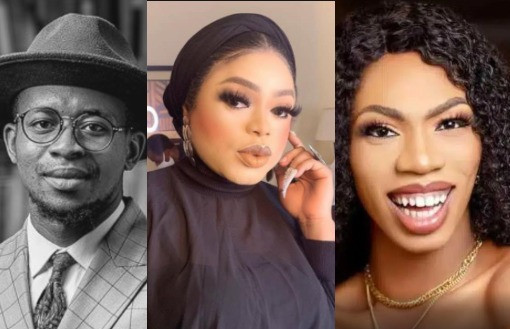 Gender equality activist, Solomon Buchi, has slammed Bobrisky for mocking his contemporary, James Brown, who is currently studying at a UK University.

Shortly after James shared a video of him having a presentation in his class, fans stormed Bobrisky’s page to mock him. Reacting, Bobrisky claimed no good school in the UK operates during winter. He went on to mention that he is rich and doesn’t need to go back to school. He added that he bagged a degree in Accounting from the University of Lagos in 2015/2016.

Displeased by Bobrisky’s disposition to James Brown’s ‘progress”, Solomon took to his Twitter handle to attack him. He asked Bobrisky to leave James alone. See what he wrote below

The building was not on fire, there was rather an incident on the corridor of the basement involving an isolated battery pack