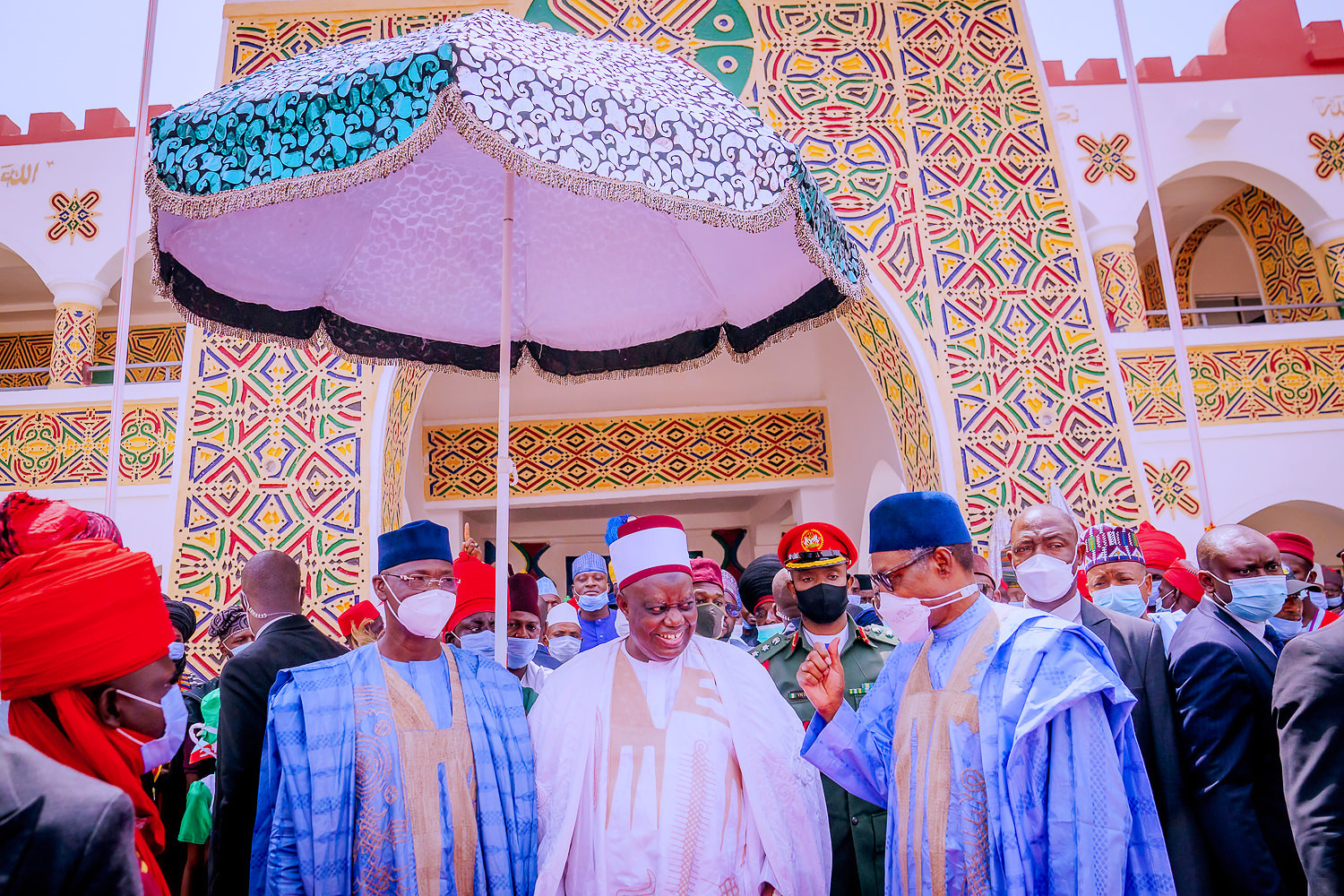 I am looking forward to becoming a former President

President Muhammadu Buhari has said he is looking forward to becoming one of the former Presidents of Nigeria.

The President’s tenure ends in May 2023.

President Buhari stated this on Thursday February 24, while speaking during a courtesy visit to the palace of Emir of Lafia, Nasarawa State, Retired Justice Sidi Bage Muhammad 1.

A statement issued by Femi Adesina, Special Adviser to the President on Media & Publicity quoted him as saying;

“The traditional ruler is on a terminal appointment. Constitutionally, we (elected public office holders) are not. I cannot go beyond two terms and I have sworn by the Holy Quran that I will uphold the Constitution of the Federal Republic of Nigeria.

Politics apart, whenever we are made to swear by the Holy Quran, we have to be very careful. We must make sure that we do not abuse the trust God has given us as leaders.

I have seen former governors here and I am looking forward to also becoming a former President.”

He further expressed delight at the situation in Nasarawa as he noted that the North-Central State was wearing a new look since his last visit in 2019.

He congratulated the immediate past governor and senator representing Nasarawa South Senatorial District, Umaru Tanko Al-Makura and the incumbent, Governor Abdullahi Sule, for the laudable initiatives and accomplishments in the state.

According to the statement, while welcoming the president to the over 200-year old palace, the Emir of Lafia thanked him for ending the problem of insufficient power to Nasarawa State with the provision of a 330kVA sub-station.

No one has any idea what to do. We have been reaching out to the Nigerian embassy since last month