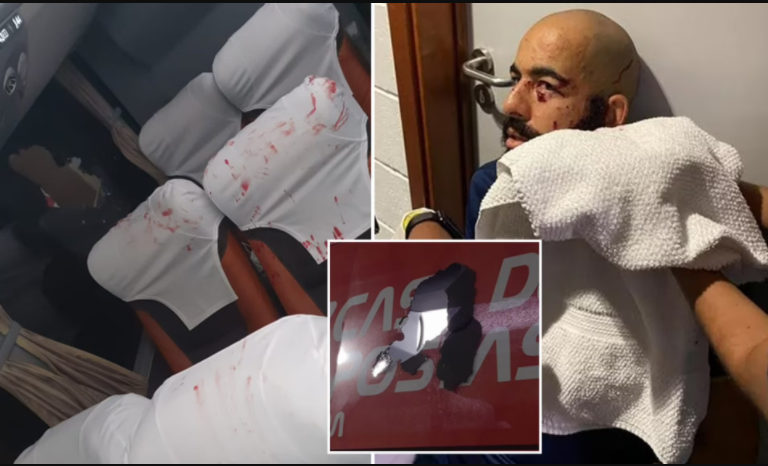 Brazilian football team Bahia has announced that at least three of their players were injured by a homemade explosive that detonated inside the team’s bus on the way to their match on Thursday February 24.

In a Twitter post, Bahia said goalkeeper Danilo Fernandes is in a hospital due to shattered glass in his face. The club also confirmed left-back Matheus Bahia and forward Marcelo Cirino are hurt.

Fernandes said on social media posts that he is OK, without giving further details.

He wrote: ‘I would like to thank all the messages of affection and support that I have been receiving at this moment. Thank you very much. I just have to thank God for being alive.’

The team played Sampaio Correia in a match later on Thursday for the Copa do Nordeste, a regional championship in Brazil’s northeast. Bahia won 2-0, a result that players barely celebrated after the match. Daniel opened the scoring in the 23rd minute and Hugo Rodallega added the second in the 89th minute.

Bahia state police said in a statement they are investigating the incident, which took place in the club’s hometown of Salvador.

‘We will collect footage, statements from players and witnesses that were on the spot at that moment. We will use our maximum capabilities to identify and arrest the perpetrators,’ police investigator Victor Spinola told media at the Arena Fonte Nova.

Local media reports say Bahia fans are among the suspects, in what seemed to be an attempt to intimidate players to deliver better results.

Bahia were relegated to Brazil’s second division last year and have won only one of their last six matches.