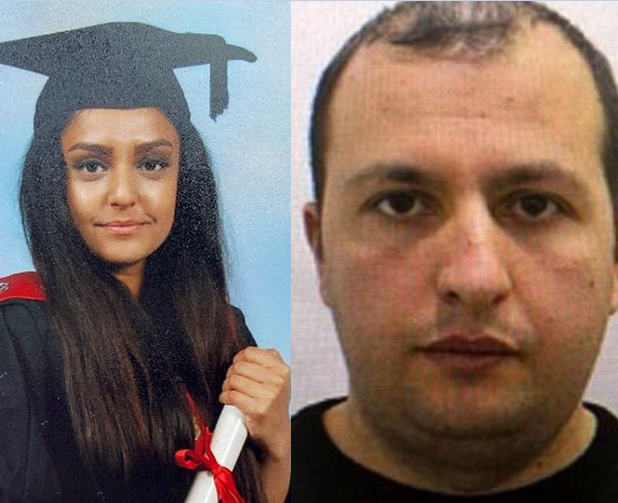 A garage worker has pleaded guilty to killing primary teacher Sabina Nessa, 28, in a park.

Koci Selamaj, 36, drove from his home in Eastbourne, East Sussex, all the way to London to carry out the pre-meditated attack on September 17, 2021.

He lurked around Cator Park in Kidbrooke, south-east London, for half an hour before targeting the teacher as she passed through on her way to meet a friend.

It is reported that Ms Nessa did not know her attacker.

The court heard about CCTV footage that showed the moment the 36-year-old repeatedly struck Ms Nessa 34 times with “extreme violence” using a 2ft long weapon believed to be a traffic triangle, before carrying her unconscious body away.

The prosecution alleged that Selamaj, an Albanian national, then strangled the 28-year-old in what was suspected to be a sexually-motivated attack.

He disposed of the weapon in a river and was then seen using wipes to clean a bench before heading back to the south coast.

Selamaj was arrested and charged nine days later, on September 26.

The defendant pleaded guilty to the killing at a hearing at the Old Bailey on Friday, February 25.

The court heard he had previously been violent towards his former partner, putting his hands around her throat in a strangling motion.