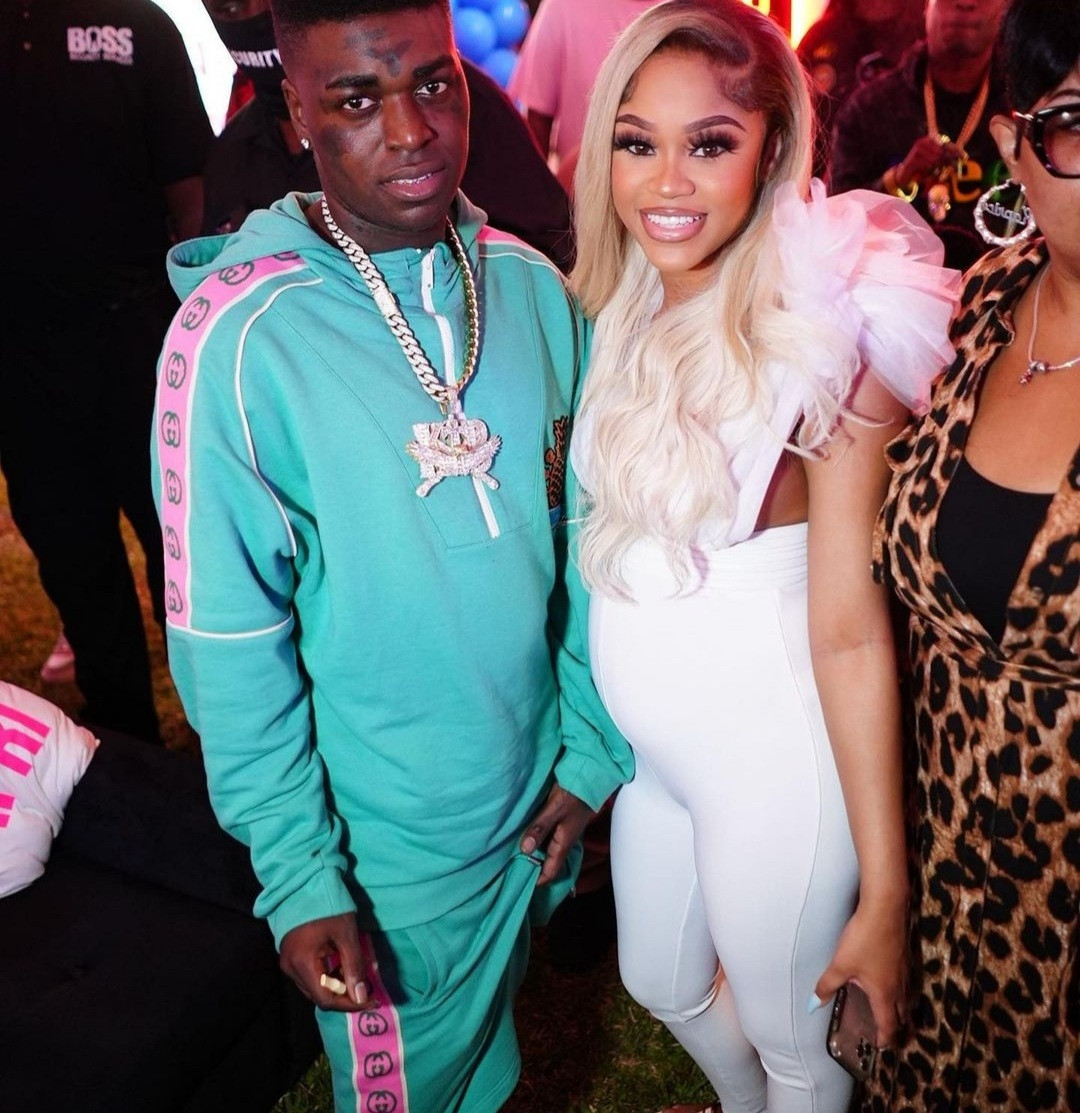 Kodak Black pens weird note to woman expecting his baby, says he was a little upset because he wanted her to have a boy not a girl like his other baby mama

Kodak Black has raised brows with the comment he made after his baby’s gender reveal party.

The rapper, who welcomed a baby girl last month with another woman, announced he is expecting another baby soon.

During the gender reveal on Thursday, Feb. 24, the parents-to-be and their friends discovered a baby girl is on the way.

Kodak took to Instagram immediately after the party to say that he was disappointed when the pink smoke came out, showing they are having a girl.

He said he just welcomed a daughter in January and was hoping for a baby boy this time.

He, however, added that he will love all his children the same.

Kodak has a son and a daughter. He is expecting his second daughter soon.

Before the gender reveal party that got him upset, he said publicly that if the woman currently pregnant with his child is carrying a boy, he will become her boyfriend but if it’s a girl, he will be just her baby daddy.

He said this during an interview with Power 105.1’s The Breakfast Club, which aired on Wednesday,  Feb. 23.

The host, Charlamagne Tha God suggested Kodak needs a baby girl because it will make him settle down and Kodak responded that he already had a talk with the woman pregnant for him.

He said: “I’m going to lock in with her. I told her last night, ‘man, you know what, if its a boy I’mma be your boyfriend. If it’s a girl, I’ll just be your baby daddy’.”

Kodak kept to his word and after the gender reveal showed they are having a girl, he took to Instagram to call the pregnant woman his “BM” (baby mama).

Watch him make the statement in the video below.