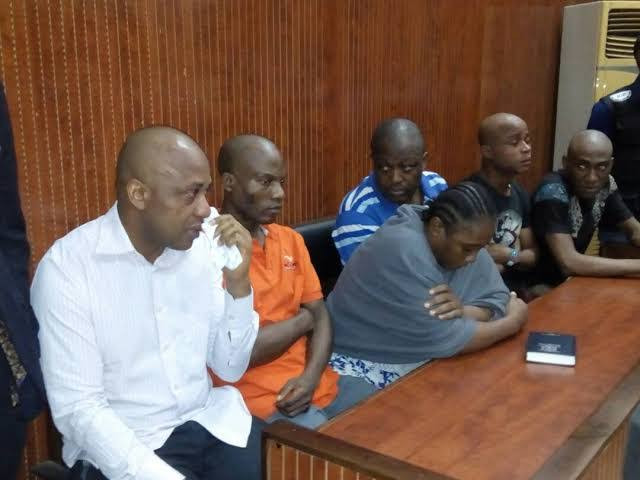 Lagos court convicts Evans and two others for kidnapping

Justice Hakeem Oshodi of the Lagos High Court in Ikeja today February 25, convicted kidnap kingpin, Chukwudumeme Onwuamadike popularly known as Evans on a two-count of conspiracy and kidnapping of a businessman, Donatus Duru.

The judge held that the prosecution had successfully proved the charge against the three convicts beyond a reasonable doubt. He concluded that the evidence tendered before the court especially their video confessions corroborated their guilt.

The court discharged and acquitted Ogechi Uchechukwu and two former soldiers of the Nigerian Army, Chilaka Ifeanyi and Victor Aduba for lack of sufficient evidence linking them to the crime.