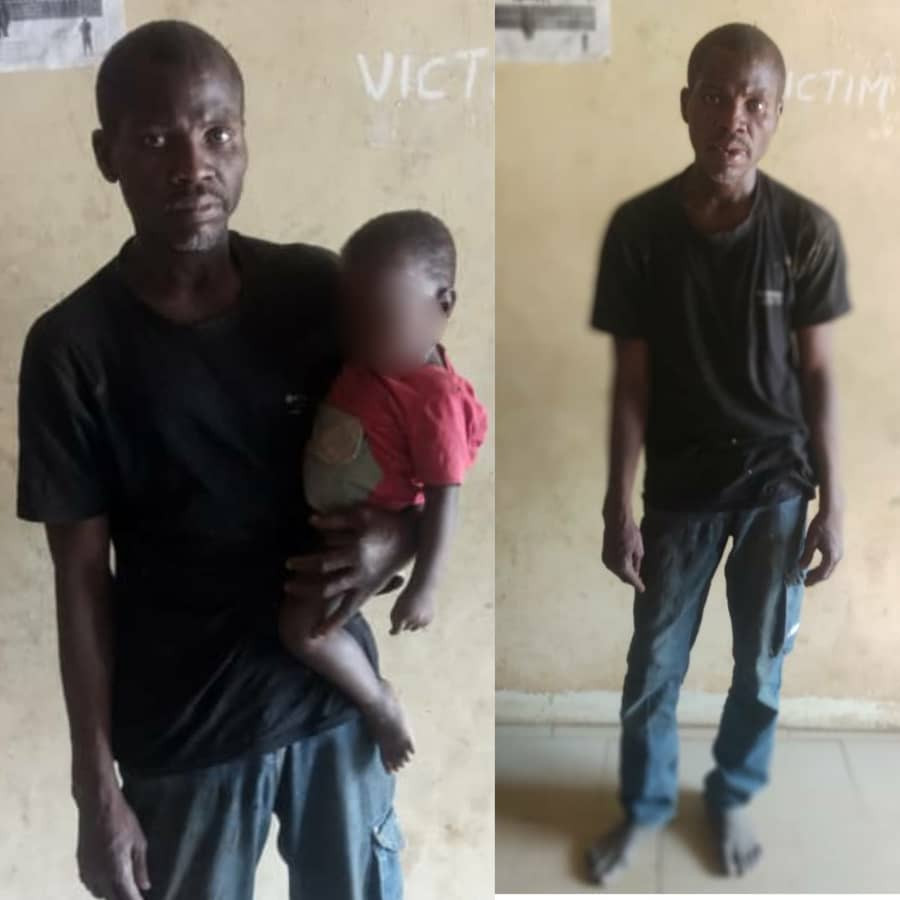 A 35-year-old man Sunday Alani was on February 23 arrested by men of Ogun state police command for allegedly stealing a one-year-old child at Atolashe village in Odeda local government area of Ogun state.

The suspect was arrested following a distress call received by the policemen attached to Odeda divisional headquarters that while the little girl was playing around in her parent’s compound, the suspect took advantage of the inattentive of her mother who was busy frying (garri) cassava flakes and stylishly took the little girl after which he started running away with her.

It was a passerby, who noticed the suspicious movement of the suspect that called the attention of the mother who then raised alarm.

Upon the distress call, the Dpo Odeda division, CSP Femi Olabode quickly mobilized his men in conjunction with so safe corpsmen and moved to the scene.  The suspect was chased to the bush where he was arrested and the child rescued from him.

On interrogation, the suspect confessed to the crime, he informed the police that he came to the area with two women who are his accomplices. He explained further that he had previously stolen two children from Egbeda in Lagos and Akute area of Ogun state.

According to him, once he succeeds in stealing a child, he will hand the child to the two women who will give him the sum of eighty thousand naira.

Confirming the arrest, the spokesperson of the state police command, DSP Abimbola Oyeyemi, said the commissioner of police, CP Lanre Bankole, has ordered a massive manhunt for the two women accomplices of the suspect with the view to bring them to justice.

“Don’t marry for sex, you will get tired of it” – Nigerian clergyman warns intending couples