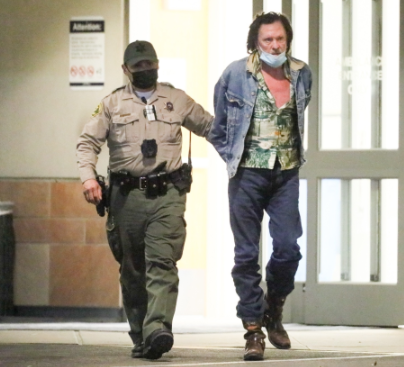 Actor Michael Madsen was arrested in Malibu, with three police cars escorting him first to the hospital and then to the police station.

He was arrested on Wednesday evening, Feb. 23, on suspicion of misdemeanor trespassing, according to the Los Angeles County Sheriff’s Department.

He was released from custody later on Thursday.

Deputies were called about 9 p.m. Wednesday to Madsen’s rented Malibu home in the 21000 block of Pacific Coast Highway, east of Las Flores Canyon Road, by the property’s owner, who detained the actor in a citizen’s arrest, according to the LASD.

The news comes just one month after Michael’s son, Hudson, was found dead from an apparently self-inflicted gunshot wound to the head on the island of Oahu, Hawaii.

The late Hudson was the godson of legendary movie director Quentin Tarantino.

“Parents raise your daughters to be women and not challenge men” – Annie Idibia’s brother, Sylvester writes

“This injustice is unfair’ – Naira Marley calls for the release of Zinoleesky, Shubomi and others