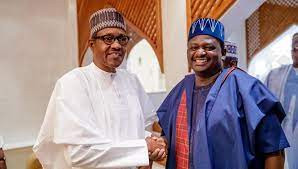 N5,000 shared by Buhari government is bliss to many Nigerians – Femi Adesina

The Special Adviser on Media and Publicity to President Muhammadu Buhari, Femi Adesina, has said that though many people condemn the Nigerian government for distributing N5,000 to poor people, it is “bliss” to many of those that benefit from it.

Adesina disclosed this in an article titled, ‘Buhari’s Kind of Kindness’, which was shared on his official Facebook page.

According to Adesina, the president’s commitment to the welfare of the poor and his love for the vulnerable earned him victories during the 2015 election and reelection in 2019. He added that Buhari would rather expend money to cater to the poor and vulnerable than give people in exchange for a favour.

“In 2019, having put on his (Buhari) thinking cap on how he could further be of help to the poor, the weak and vulnerable, the President established the Ministry of Humanitarian Affairs, Disaster Management, and Social Development. He appointed Sadiya Umar Farouq as the Minister.

Last week, Minister Farouq was guest at the 30th edition of the weekly State House Press Briefing. And there, she unfolded Buhari’s kind of kindness, his compassion for the hapless and the disadvantaged.

President Buhari won’t give you sack-loads of cash to compromise you, or curry your favor. He would rather deploy same to do good deeds, showing kindness to the weak and deprived, the aching and hurting.

There is a National Social Register, which had over 46 million Nigerians on enrollment as at January 2022. Under CCT, the sum of N5,000 is paid to the poor and vulnerable monthly. Over 1,632,480 households are benefiting from that already.

Just N5,000 only, some people may say in derision, with their noses turned skyward. But for a person who possibly has not owned half of that amount, to now receive it monthly, it is sheer bliss. That is why they are called poor and vulnerable. President Buhari loves them, and cares for them.

Another Plateau monarch kidnapped by gunmen