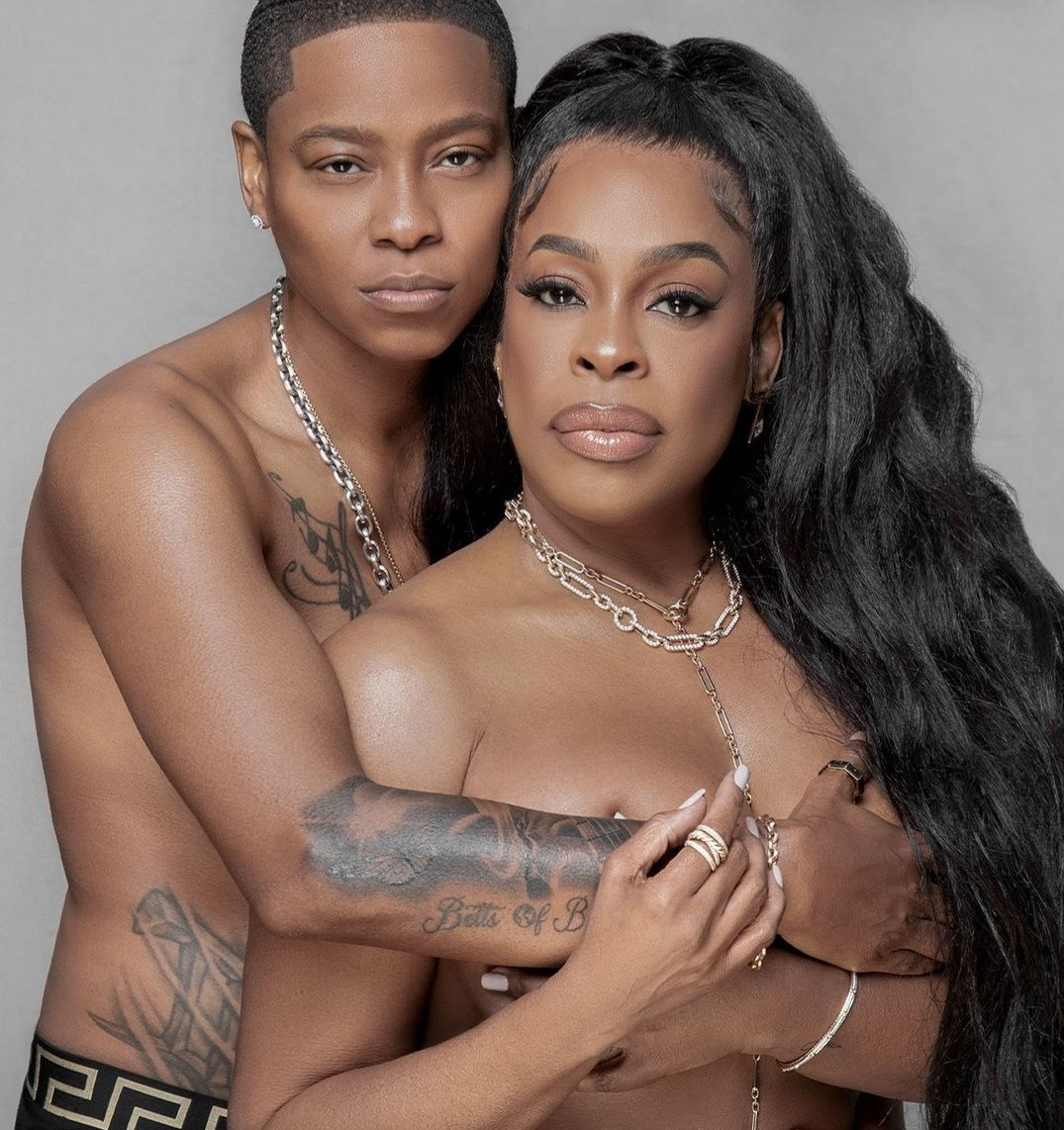 Niecy Nash and Jessica Betts, who have been married for nearly two years, have made history as the first queer couple to cover Essence magazine.

They graced the cover of Essence’s March/April 2022 issue, officially becoming the first same-sex couple to do so.

In the new issue, which hits newsstands on March 1, Nash and Betts open up about their love story.

Niecy, who had been married twice to two men, before marrying Jessica, a woman, told Essence: “The least of my attraction is gender.

“What I was and am still attracted to is Jessica’s soul. She was the most beautiful soul I had ever met in my life. Now that I’ve experienced it, I can’t imagine going through life without it.”

Niecy Nash and Jessica Betts, a singer-songwriter, first connected on social media in 2015 while Nash was still married to ex-husband Jay Tucker. After her split from Tucker, Nash’s friendship with Betts took a romantic turn.

Nash told Essence: “Not only was it challenging for me to realize I’m having feelings for a woman that I’ve normally had for a man, but it was compounded by the fact that this is my friend.

“I thought, ‘What I do not want to do is anything that would allow this person to not be in my life for the rest of my life.'”

On Aug. 31, 2020, the couple announced on their respective Instagram accounts that they are married.

Reflecting back on that moment, the couple told Essence that they had planned to post the photo and then jet off to Mexico, where they would turn off their phones and enjoy time together without the stress of the world’s reaction.

However, a travel mishap caused them to change plans and head to Santa Barbara instead.

During their drive, Nash and Betts said they held hands and prayed before uploading the marriage announcement.

Nash told Essence: “A lot of people thought it was like a movie or some promo.

“They started calling everybody, and we were like, ‘This is insane.’ I never knew why where you lay your head is such a big deal to other people. I was like, ‘People care?'”

“She was really shocked,” Betts recalled. “I knew there was going to be some banter around it. But I didn’t know that it was literally going to break the Internet!”

Nash told Essence: “We’re extremely compatible. Sometimes you can be attracted to somebody but don’t have a lot in common. But we have such natural compatibility that we can be around each other, work together and hang out all day. If there was a 25th hour, we would be right up in it.”

“And not get tired of each other,” Betts added.

“Hurry up and graduate, let me come and eat rice” – Bobrisky surrenders, wishes James Brown ‘the best in life’

Man faces jail term for using a knife to peel his neighbour’s pen!s