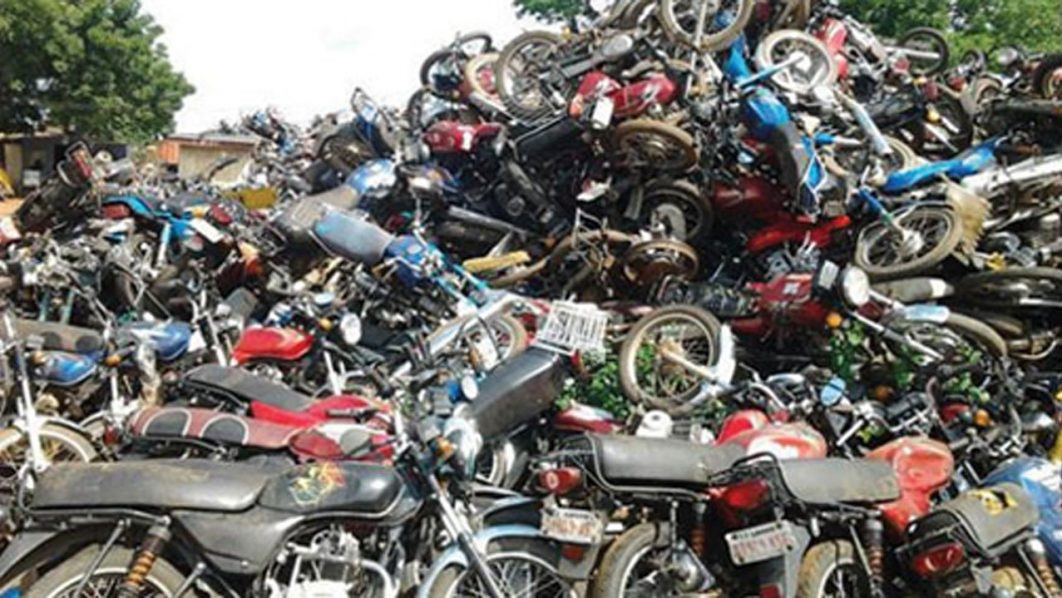 Commercial motorcyclists have reportedly killed a paramilitary officer attached to the Lagos State Environmental and Special Offences Unit (task force) during an attack on the agency around the Kara bridge area on the Lagos-Ibadan Expressway, Ogun State.

According to Punch, the task force officials were attacked while carrying out enforcement on motorcyclists plying the highway.

During the raid, the officials reportedly impounded some motorcycles and put them in their operational truck and left.

It was gathered that the aggrieved motorcyclists reportedly mobilised, boarded a bus and chased the task force team in a bid to recover their seized property.

The officials were said to be carrying out another raid at the bus stop near Berger when the aggrieved motorcyclists stormed there around 2pm.

A trader, who gave her name only as Bukola, said a paramilitary officer working with the agency was lynched.

“When they got to the junction to navigate a bend back to Lagos, they got down to raid other motorcyclists plying the highway,” she narrated.

“The motorcyclists protested against the raid and refused to release their motorcycles because the area is not under Lagos State. During the argument that followed, other Okada riders whose motorcycles had been impounded met them at the bus stop.

“The angry Okada riders started throwing stones and sticks at the task force officials. When the attack became much, the officials entered their vehicles and fled the area.

“A man who worked with them was mistakenly left behind and the angry motorcyclists pounced on him. They beat him with sticks and stoned him to death.”

A commercial driver, who identified himself as Olawole, said after the victim was killed, the mob dumped his body in a river close to the Kara Bridge.

“The motorcyclists threw stones and sticks at the task force officials and two personnel fell from the truck. One escaped, while the other person was captured and killed. The motorcyclists dropped his body in a river at Kara Bridge. The police were informed and they came to the area to restore peace. We were also told that some of the people who committed the act had been identified.”

The transport union chairman in the area, who identified himself as Oloba, confirmed the incident on Thursday.

“Although I wasn’t around when the incident happened, from what I gathered, it was the Okada riders that chased the victim, pinned him down, and dumped his body in a river at Kara Bridge after killing him.”

The spokesperson for the task force, Raheem Gbadeyanka, while condemning the attack, said no fewer than 21 suspects were arrested.

“We didn’t carry out any operation in Ogun State; we were only trying to navigate from there back to Lagos when the incident happened.”