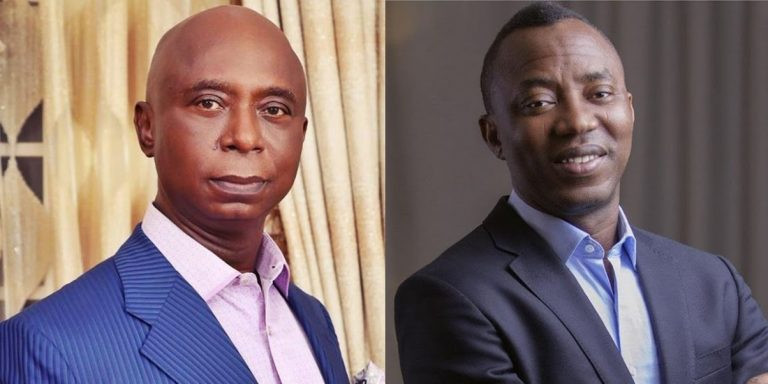 Media personality, Omoyele Sowore has revealed that the police said he was arrested for defaming Regina Daniel’s husband, Ned Nwoko.

In another post, Sowore claimed he was detained for refusing to write a statement after being detained.

Yesterday I was arrested and detained by @nigeriapoliceforce for what they claimed was “criminal defamation” of one @princenednwoko. I kept asking the police team how it is that anyone could defame a person without character or integrity? NO ANSWER! They kept asking me to write a statement, when I refused they opted to detain and then quickly released me because I insisted that the @nigeriapoliceforce had become a disgraceful national institution that has totally sold its soul. The @nigeriapoliceforce has become a despicable mercenary unit for Nigerian VIPs and this is most appalling.

@princenednwoko and his likes have always deployed the police to carry out a wide variety of illegal and criminal repressive activities including the recent illegal detention of @jaruma_empire. My real crime is being a Nigerian. However, everything must be URGENTLY done to end this era of impunity in Nigeria.