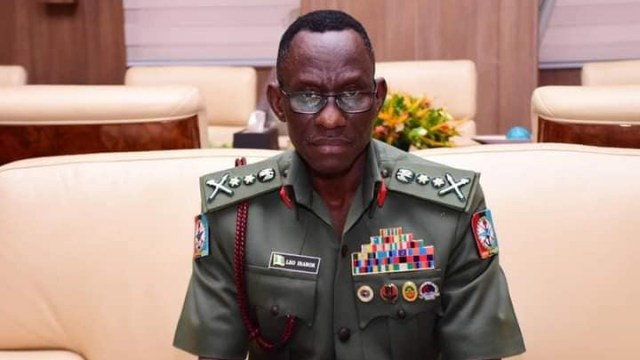 Chief of Defence Staff, Lucky Irabor has said that the armed forces of Nigeria have nothing to do with a coup.

In his speech on Friday February 25 at a virtual media chat tagged ‘Open Ears Dialogue’, the CDS asked politicians to desist from luring armed forces members into political matters, adding that the military should be insulated from any political persuasions or inclinations.

Irabor also said they will continue to educate personnel that coups do more harm than good.

“The armed forces of Nigeria have nothing whatsoever to do with anything that has to do with coup. We have learned our lessons over the years and we have come to our conclusion that coups will do us more harm than good.

“And so this is what the leadership of the armed forces is passing down the chain, and educating everyone under our command that there is no reason whatsoever for anyone to contemplate that.

“And in the same vein, the leadership of the armed forces is also telling politicians to leave us alone, do not mix us up with issues that have to do with politics and do not use political inclinations and persuasions to want to lure anybody from the armed forces into the idea of having to undertake coups and all.

“We will not. That’s the reason why perhaps the discussions you may have been having in the media, we have been insulated from such discussions because they already know our viewpoint in this regard.”

“This might be the last time you see me alive”

You can’t stop my investments in Benue