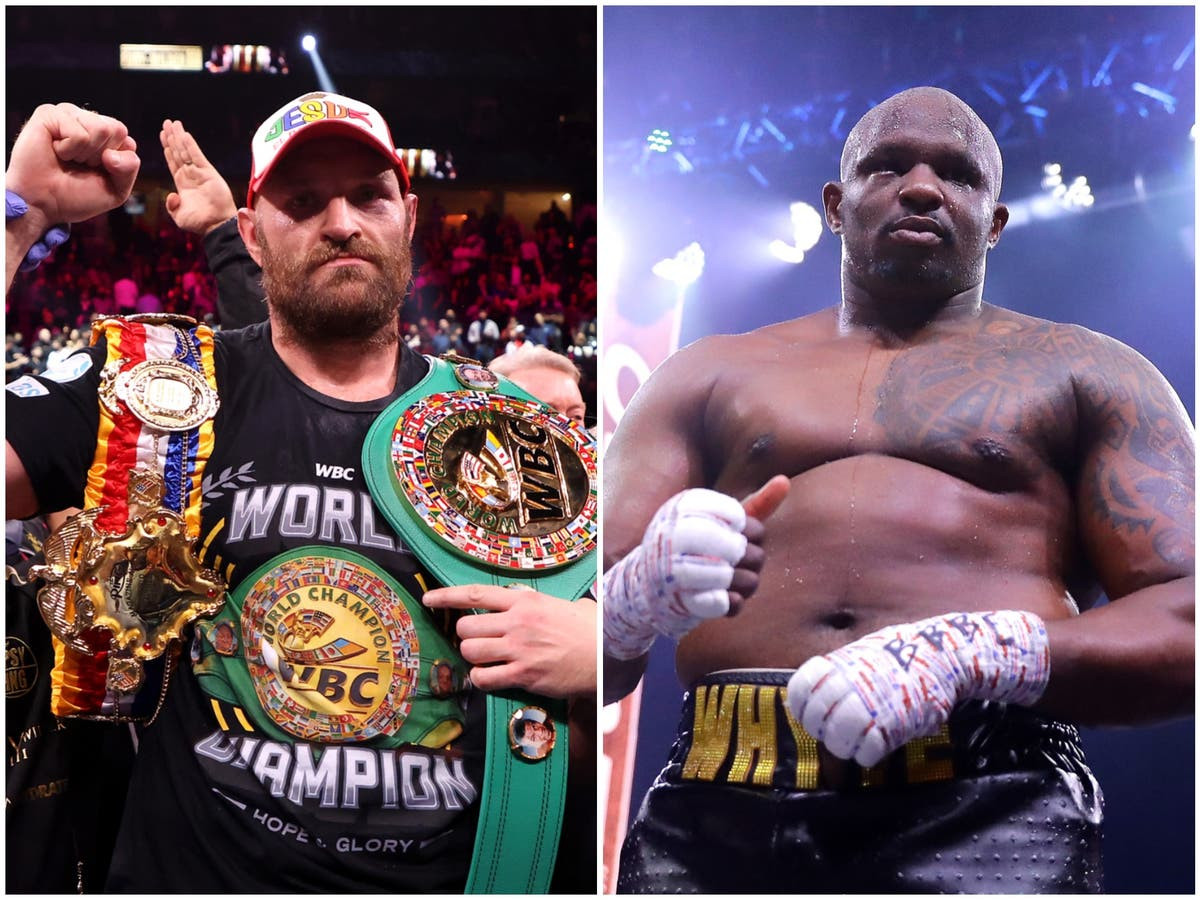 Tyson Fury’s WBC world heavyweight title against  Dillian Whyte has been confirmed to take place on April 23 at Wembley Stadium.

The date and venue of the showdown were officially confirmed on Friday February 25, after protracted talks between the two camps over the purse, and once a reunification shot between the ‘Gypsy King’ and Oleksandr Usyk was finally ruled out.

Promoted by Frank Warren’s Queensberry Promotions and Top Rank, tickets will be on sale exclusively from Ticketmaster at midday on Wednesday, March 2.

“Tyson Fury coming home to fight under the arch at Wembley Stadium is a fitting reward for the No.1 heavyweight in the world following his exploits across the Atlantic in his epic trilogy against Deontay Wilder,” stated Hall of Fame promoter Frank Warren.

“The fact that this mandatory defence of his WBC title comes against another Brit only adds to the occasion. They are two of the biggest characters in British sport and both normally have plenty to say for themselves.

“It is going to be an incredible night and a huge occasion for sport in this country that will capture the imagination of fans right across the world.”

Bob Arum, chairman of Top Rank, added: “Tyson Fury conquered America, and it is only fitting that he defends the heavyweight championship in a packed Wembley Stadium. Dillian Whyte has called for this fight for years, and while he is a deserving challenger, no heavyweight can match ‘The Gypsy King.’ This is going to be a momentous night of boxing with tens of thousands of fans in attendance at Wembley Stadium.”

Fury, 33, has only fought once in the past two years, defeating Deontay Wilder in October to claim victory in his trilogy series with the American.

Whyte, meanwhile, beat Alexander Povetkin in his last bout, in March 2021 after suffering a shock second career defeat at the hands of the Russian in their first contest.

Despite winning 28 of his 30 fights and seeing off the likes of Joseph Parker and Derek Chisora, this will be the 33-year-old’s first world title fight.