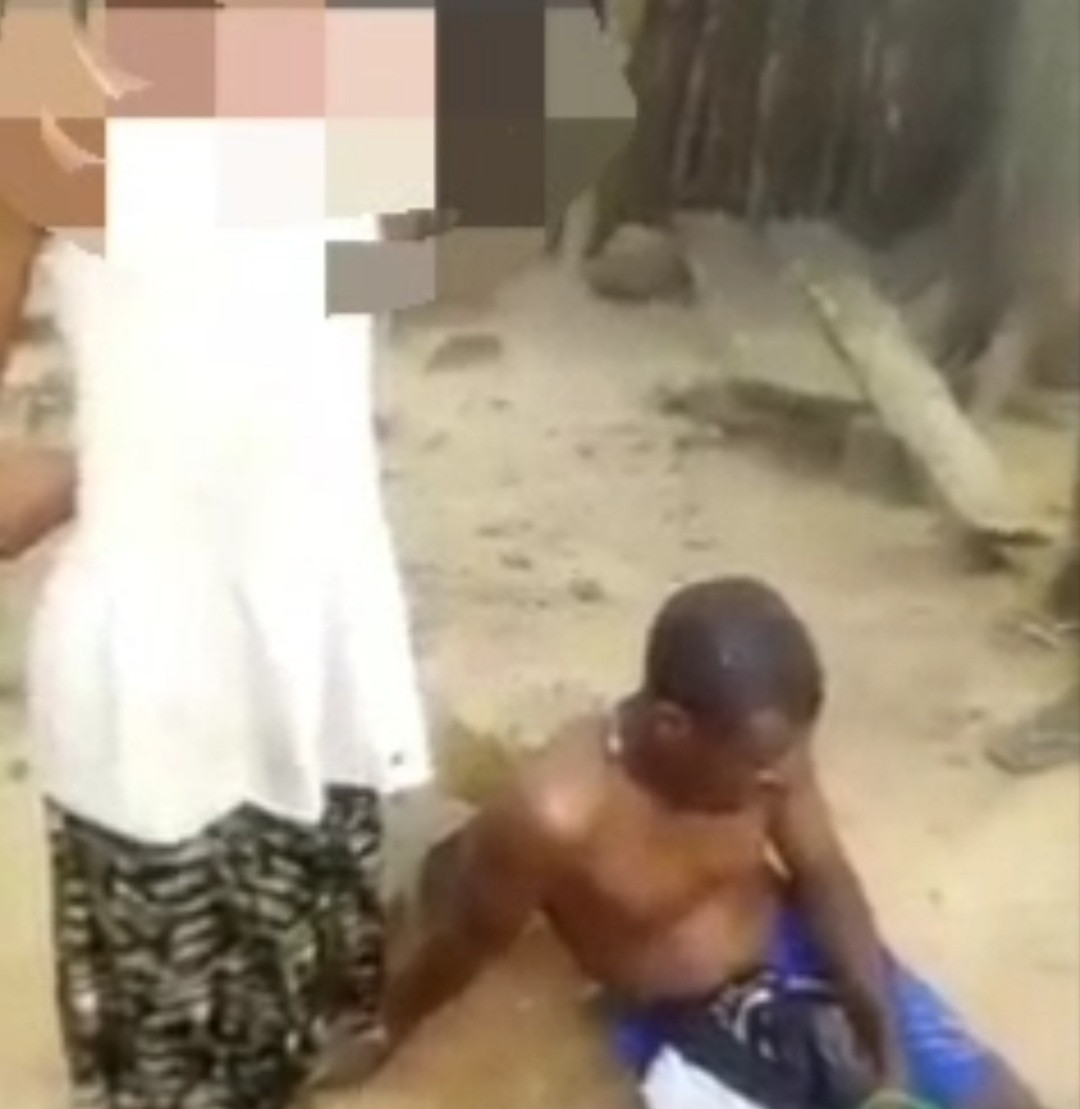 A father was beaten up publicly after his daughter accused him of raping her.

The incident happened in Obichie Ukomi, Lokpanta, Abia State, and a video of the father being humiliated has been shared online.

In the video, the girl, who is obviously underage but looks older than 9, is seen narrating how her father allegedly defiled her.

She said it has happened about 5 times.

She alleged that her father, named Chiedu Ama, told her to strip then he applied oil to her private part before the act.

”Can a wife love her husband and another guy?”- Actress Ruth Kadiri asks an interesting question on IG