Nollywood actor and politician, Yul Edochie, has taken to his social media page to share a video of himself lying inside a coffin.

This comes days after the Federal Government, through a statement released by the minister of Information, Lai Mohammed, banned Nigerian filmmakers from featuring money ritual content in their movies. According to them, the Nigerian movie industry is behind the increase in ritual killing cases in the country.

In an apparent reaction to the directive, actor Yul Edochie shared a video of himself in a coffin and stated that he was shooting a romance movie, not a money ritual movie. 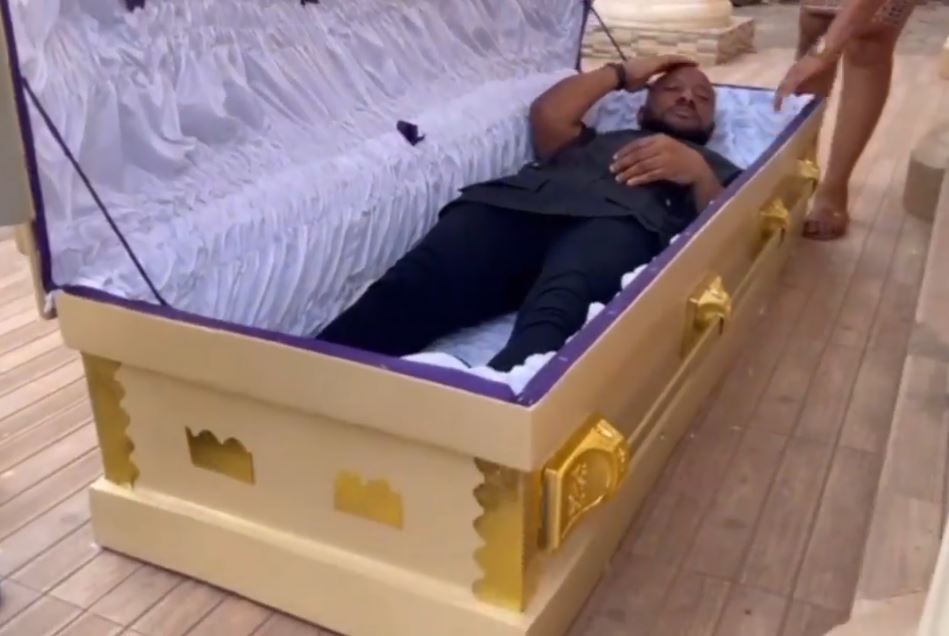 According to the actor who seemed to be making a mockery of the Federal Government’s directive, he wants to propose to his lover from the coffin, which is usually used as a prop for money ritual movies.

However, it’s unclear if the actor was truly on a movie set, or simply goofing around.

He captioned the video,

“I’m a god” – Reality star, Ka3na declares as she shows off daughter she ‘created’

‘You should be a decent model’, Nigerians criticize Blossom Chukwujekwu’s ex wife mode of dressing