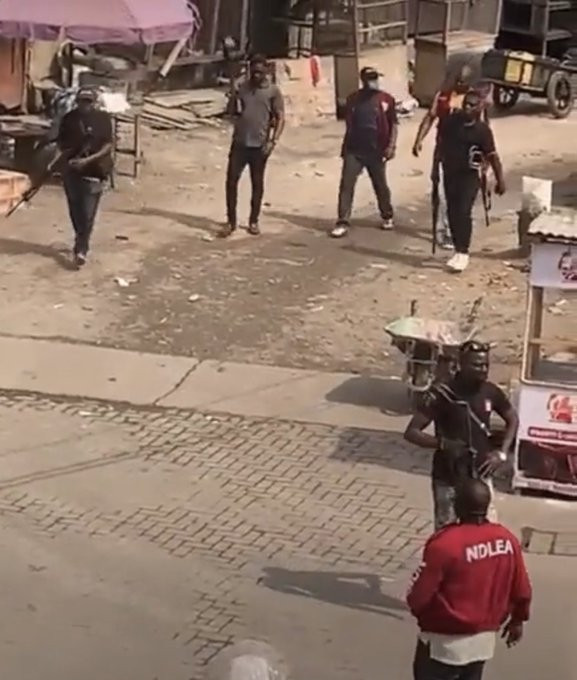 Pandemonium broke out in the Lagos Island of Lagos state today February 26 after operatives of the National Drug Law Enforcement Agency (NDLEA) stormed the area to arrest a suspected kingpin.

There was pandemonium when operatives of the agency stormed areas including Patey, Dumare, Tapa, Freeman and its environs. There were sporadic shootings as suspected hoodlums engaged the operatives in a gunbattle.

“NDLEA is on Lagos Island at moment and they’re having a serious disagreement with the citizens there, 3-5people are reported de•d already by gunsh0ts.NDLEA officers are using sophisticated ammunitions against people running with stones”
Spread it ?

“@oluwashindara94: I guess it’s time to protest against NDLEA excesses
This was at Lagos Island! pic.twitter.com/32hyEPMEnm

I don’t understand why @ndlea_nigeria are shooting guns around resident area in lagos island at least you guys should target your suspect and arrest them pic.twitter.com/RAoiFceqIr