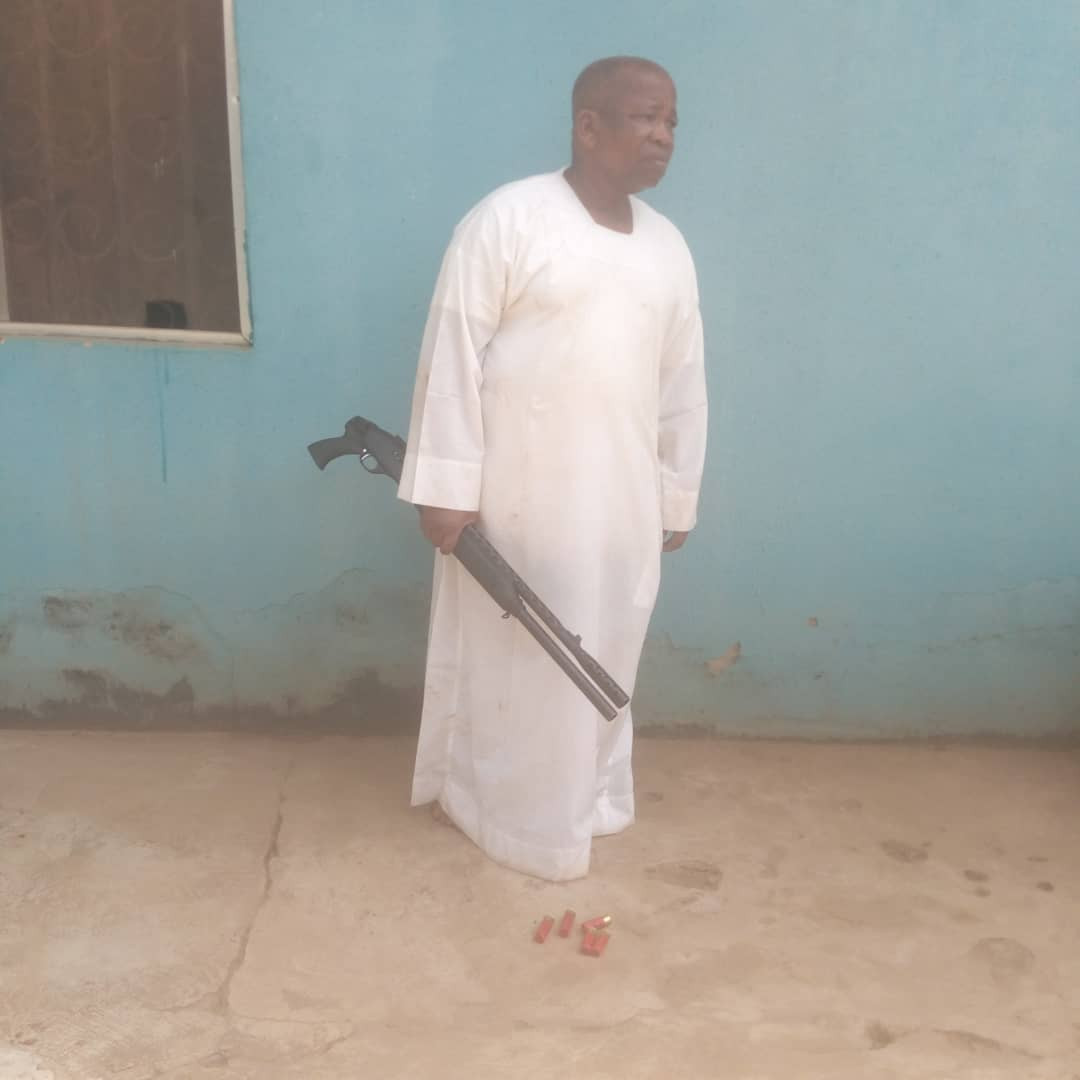 Pastor arrested for attempted murder/unlawful possession of firearms in Ogun

The shepherd in charge of a Celestial Church of christ Jesu Yan parish, situated at Olambe junction Akute Ogun state has been arrested by men of the Ogun state police command for alleged attempted murder and unlawful possession of a prohibited firearm.

Read the police statement below…

The suspect, Pastor Peter Ayodele Omope, was arrested following a distress call received from one Deji Olaketan, a driver, who informed the police at Ajuwon divisional headquarters that, he and one 18 year old Kemi Johnson, a househelp, took their madam to the airport to board a plane. However, after dropping their boss, while on their way home, they were informed that the Oro sacrifice was ongoing at Olambe area which made it impossible for them to pass through the area. They then saw a Celestial church where a vigil was ongoing and decided to join them since it was already late in the night.

While they were at the entrance of the church, the suspect who happened to be the shepherd in charge came out with a pump-action rifle and before they could utter any explanation, he shot Kemi Johnson in the leg.

Upon the distress call, the DPO Ajuwon division SP Andrew Akinseye quickly mobilized his men and moved to the scene where the suspect was promptly arrested.

The victim was quickly rushed to Ifako Ijaye general hospital, from where she was referred to Lagos university teaching hospital and finally to Orthopedics Hospital Igbobi Lagos.

The pump-action rifle and five live cartridges have been recovered from the suspect.

Confirming the incident, the spokesperson of the state police command, DSP Abimbola Oyeyemi, said the Commissioner of Police, CP Lanre Bankole, has ordered the immediate transfer of the suspect to state criminal investigation and intelligence department for discreet investigation.

“Mama, papa, I didn’t want to go. They made me.” Russian soldier captured in Ukraine says in message to his parents (video)

APC National leader, Bola Tinubu, reacts to claims that he is sick